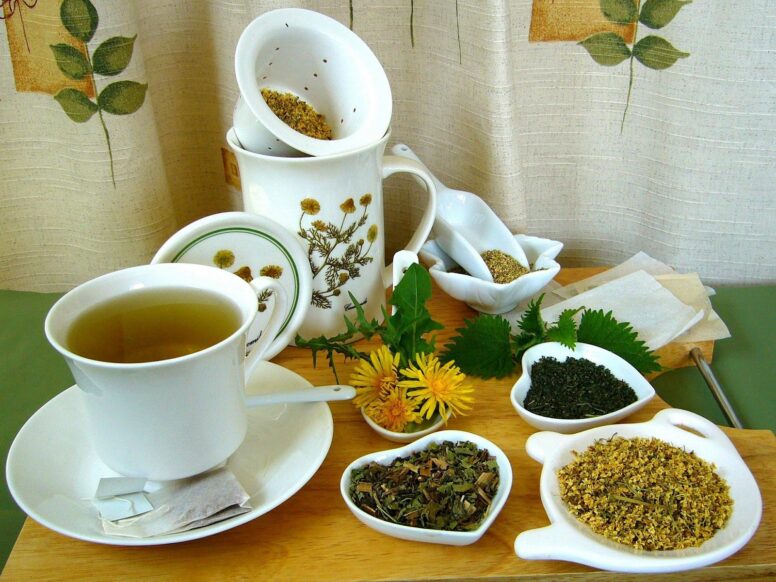 Tea has been the favourite beverage for thousands of years by people all across the world. Some people prefer traditional tea, while others have switched to organic tea.There are numerous benefits which is the reason to choose organic tea. Several types of tea have been shown in tests to improve your immune system, reduce inflammation and potentially prevent cancer and heart disease.

While some teas offer more health benefits than others, there is plenty of evidence that drinking tea every day might improve your overall health.Put the kettle on because we’re about to reveal some of the most significant health advantages found in the world’s most popular teas.

This plant’s leaves contain naturally occurring caffeine higher in concentration than that found in coffee beans. The only reason coffee is stronger than tea is that it is more concentrated when brewed. The amount of caffeine in a cup of real tea varies greatly depending on the manufacturing method.

White tea has the lowest caffeine content of all the natural teas, whereas black tea and matcha green tea have the greatest caffeine content. Tea is a fantastic choice for energy and relaxation due to its various caffeine levels. It can help you cut back on caffeine or replace your morning cup of Joe with something that won’t make you jittery or disrupt your sleep pattern.

Black tea is widely used in the western world. Black teas come from China, India, and Sri Lanka, although they can also be found in Nepal, Turkey, and Kenya. Black teas have been allowed to wither after being collected and have been fully oxidised or fermented, which gives them their dark colour.

Because some of the polyphenols, the phytonutrients found in tea, are broken down when black tea is fully oxidised, it has a lower phytonutrient makeup than white or green tea. On the other hand, black tea is high in phytonutrients, which act as antioxidants and have their own benefits.

White tea is the least processed of all the real teas, requiring only one stage in the manufacturing process. Tea leaves are collected and dried outside in the sun as soon as possible. The Fujian province of China produces all white teas. This exquisite tea is made with just baby tea leaves.

Silver Needle and White Peony teas are two popular types of white tea. Silver Needle is a tea composed entirely of tea leaf buds with a delicate honeysuckle flavour. White Peony is prepared from both the buds and leaves of the tea plant, giving it a more prosperous, sweeter, and moderately sharper flavour.

As green tea is not oxidised, it retains its original green hue. After being collected, the leaves are quickly steamed or pan-fried, deactivating the enzymes that would otherwise contribute to the oxidation process. According to lanewaymagazine.com.au, this tea receives the most attention when it comes to the amazing health advantages of green tea, and for a good reason.

Catechins, particularly Epigallocatechin-3-gallate (EGCG), are abundant in green tea. Green tea has a far higher concentration of catechins than black or oolong tea. EGCG is responsible for the majority of green tea’s cancer-fighting properties.

Oolong tea is a hybrid of black and green teas. Semi-oxidized oolong tea has the intricacy and depth of black tea with the brightness and earthiness of green tea. Oolong tea is delightful since it is a blend of green and black tea, making it excellent for tea beginners. Oolong teas are most popular in China, but they are also becoming increasingly popular in Western countries. In terms of health advantages, it falls between black and green teas.

Oolong tea is less well-known than other “real” teas, which is a shame considering this beverage is filled with health benefits:

• EGCG and theaflavins are some of the antioxidant chemicals found in them. These chemicals can assist the body’s anti-free radical and anti-oxidative stress defences.
• It could help with heart health.
• It has the potential to help with brain health.

Pu’er or Pu-erh teas are post-oxidized and revered in Asia for their health advantages. Pu-erh tea is available in two categories – raw and aged variants. Tea leaves from the Camellia sinensis plant are harvested and immediately subjected to high heat to make raw Pu-erh tea.

Heat kills enzymes that would generally oxidise when exposed to oxygen. As a result of this technique, a tea officially a green tea varietal, is produced.

Aged Pu-erh tea, on the other hand, is post-fermented and aged to generate more powerful taste profiles, much like fine wines. From 10 to 15 years, these tea leaves are allowed to mature. Pu-erh teas of the best quality can be aged up to 50 years.

Tea offers up a world of flavours and scents that may delight your senses while also providing a variety of health advantages. Whether you stick to traditional teas or herbal tisanes, the tastes and smells are practically unlimited.

Even traditional teas can have different flavour characteristics depending on where the leaves are harvested and processed. Don’t be scared to try different varieties of tea; with thousands of tastes to choose from, you’ll be sure to discover one you like!