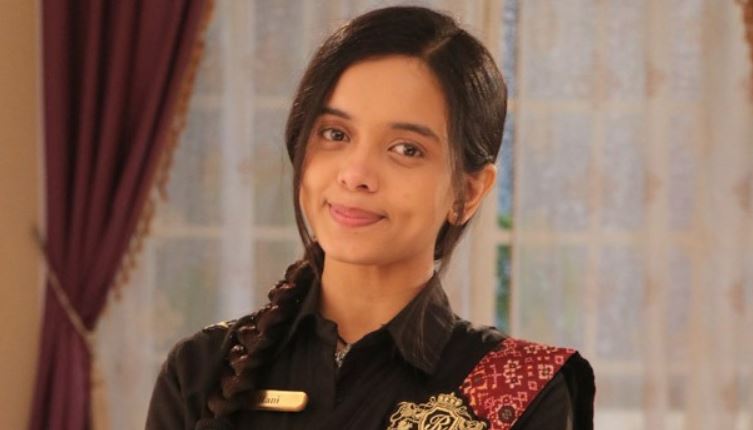 Today’s Written Episode: Apna Time Bhi Aayega 4th January 2022 Daily Serial Starts With Kiara shifts to Veer’s room and she closes the door. Seeing that Rani cries then recalls her marriage with Veer. And she was about to knock the door but stops recalling how Veer told her that she doesn’t have any place in his life and so his room.

She moves from there and recalls how Rajeshwari introduced Kiara as her daughter in law and was about to fall down but prevents herself from falling somehow. She wonders what’s happening with her and why she is keep crying and feels so lonely in this house.

Kiara tells Veer that what he is feeling now and says she is also not comfortable to stay with him in his room but she could not able to avoid Malini’s question and apologize to him saying he is feeling bad and so Rani.

He says he can understand her and says she need not to apologize because he made mistake by not telling the truth so he will talk to Rajeshwari and sort out this issue.

She stops him from going to Rajeshwari and makes him understand that his mother won’t listen him now and as a friend she can help him.

Juice falls on bed so Veer tells her to sleep on sofa and leaves the room saying he will manage somehow. She thinks her plan flopped already.

Dikvijay says Rajeshwari did wrong by lying to Jay’s parents. Rajeshwari says she is not understanding that why everyone reacting like this.

Vikram says because it’s a big issue. She says she already told clearly that she won’t accept Ramadheer’s daughter as her daughter in law.

Rajmata says just because she won’t accept it that’s not mean fact will change. Dikvijay says Rajeshwari not understanding that she is doing wrong. Vikram says Kiara can’t stay in Veer’s room.

Rajeshwari says no one thinking about Kiara even though she is helping them but everyone cares about Rani only. Vikram says Kiara is not helping them in any way.

Rajeshwari says she is doing everything for Nanthini. Jay goes to Nanthini’s room to give that ring to her and waits for her assuming she is in bathroom. He shocks seeing Champa coming out of bathroom and asks what is she doing here.

Money falls from Jay’s pocket and Champa tries to take it but he doesn’t let her take it from him. She falls on him and they fights for that money and Nanthini sees that.

Jay stands and gives the ring to Nanthini and says floor was slippery so he fall down. Nanthini tells him to be careful and takes the ring from him. Pinku was studying and Rani tells him that she wants to return to their village and cries.

She realises what she said and tells him to concentrate on his studies. He gives her college admission form to her and tells her to fill it saying tomorrow is last day of submission.

She misses Ramadheer so much. While sleeping she hears some noise and sees Champa with money. She tells her to not trust Jay.

Champa says it’s her money and tells her to not interfere in her matters. Rani was searching pen in kitchen and sees someone roaming in the hall.