Arnab Goswami’s Republic TV on Sunday(12th April 2022) released a very rare apology afterwards being accused of hurting the Muslims’ sentiments with fake news, that had been hugely annoying in nature. 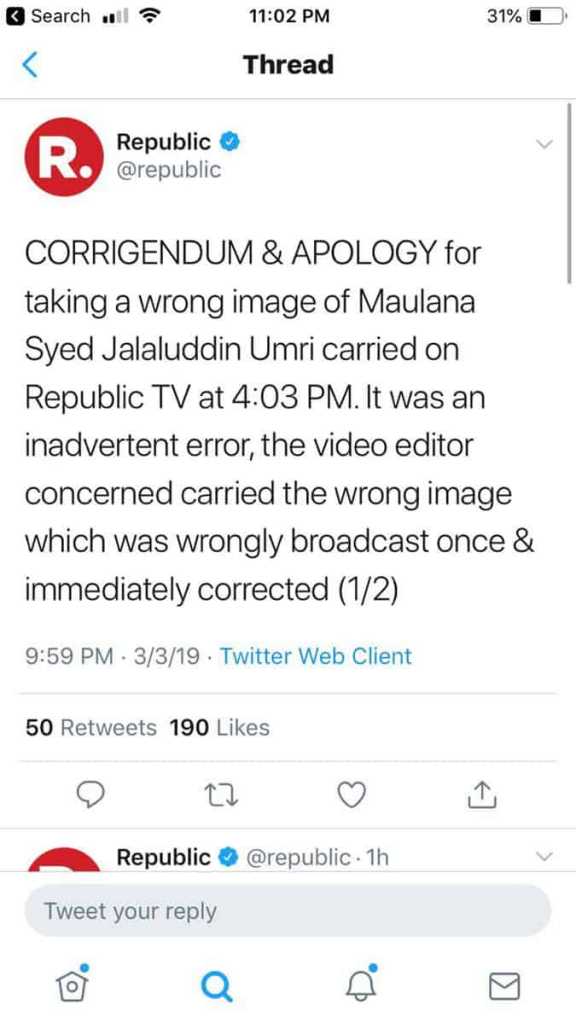 The exceptional apology by Arnab Goswami’s channel had come amid Muslims communities also accusing Mukesh Ambani’s CNN-News18 of doing blasphemy by casting aspersion on the 3 of the holiest sites meant for Muslims across the world.

Republic TV’s apology came following the All India Muslim Personal Board issued a letter accusing of being a terrorist the Jamaat-e-Islami India chief Maulana Jalaluddin Umri the station.

Taking exception to the station’s’mischief,’ a letter was written by many groups such as All India Muslim Personal Law Board into the station demanding an apology and condemning its action.

While posting its own letter, the AIMPLB wrote, “We firmly condemn @republic station for falsely accusing Ml Jalaluddin Umri, ” the vice president of @AIMPLB_Official, of being a terrorist. @CNNnews18 is also condemned by us.

It’s committed blasphemy from Madjids (sic) in Mecca, Madina and Quds. Both stations need to apologize.”