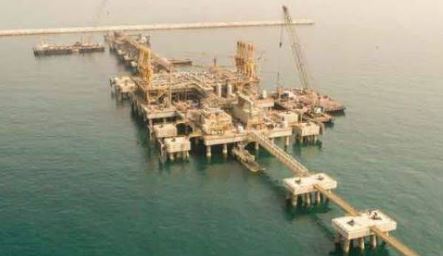 Bahrain LNG W.L.L., the owner and developer of the 1st LNG receiving and regasification terminal in the Middle East built on a PPP basis, has declared that it has finished the commissioning and mechanical construction of the terminal situated in the Kingdom(heart) of Bahrain.

The client is paying Bahrain LNG W.L.L. as of conclusion and can be sending out the final of their commissioning cargo so the FSU Bahrain Spirit can redeploy on short-term commerce as planned. The majority of the building and contractors had the ability to be demobilized.

Shaikh Mohamed bin Khalifa Al-Khalifa, Minister of Oil of this Kingdom of Bahrain, commented: “The accomplishment of building completion for the Bahrain LNG receiving and regasification terminal is a crucial milestone for this job which is of strategic value to the energy industry of the Kingdom of Bahrain.

We sincerely congratulate all parties involved with this enormous accomplishment, and we anticipate the forthcoming commencement of commercial operations to be able to procure regasification solutions into the Kingdom of Bahrain.”

The terminal consists of a floating storage unit (FSU), an offshore LNG receiving jetty and breakwater, an adjoining regasification system, subsea gas pipelines in the stage to coast, an onshore gas receiving center, along with an onshore nitrogen manufacturing facility.