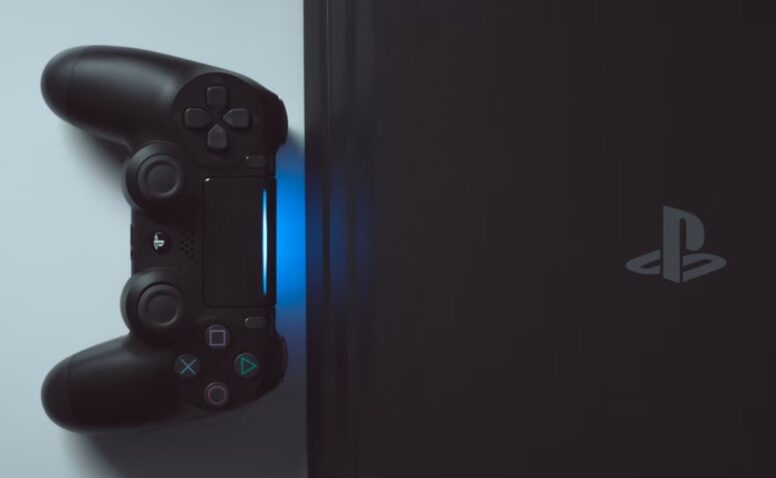 Gaming is such a staple part of modern culture that it’s hard to believe the industry itself is only 5 decades old – the first home consoles launched in the late 1970s. Since then, the industry has developed massively and seen the emergence of eight different generations of video games and gaming consoles.

Here, in 2022, gaming has become a lucrative global industry and is a long way from the niche hobby it was considered to be for the last few decades of the 20th century. Currently worth over $180 billion, the industry is well on its way to surpassing the popularity of film and TV as at-home entertainment. The audiences of pro gaming tournaments fill arenas around the world, and even traditional cultural and sporting institutions have all found ways to get a slice of the gaming pie.

Looking back over the years, it’s clear that major gaming innovations happened in each that helped to propel video gaming into the position it holds today. However, arguably the most significant progress in development and innovation was made during the years between 2010 and 2020.

Let’s take a look at what the biggest gaming innovations were last decade.

As the internet made multiplayer gaming with gamers across different continents a reality, it was only natural that attention would be turned to allowing players to collaborate and compete with each other on different types of consoles. It took much of the decade, but this is the first major innovation that was achieved during the 2010s.

With the explosion of battle royale extravaganzas like Rocket League and Fortnite, PlayStation gamers were clamouring for the opportunity to engage in true multiplayer battles with friends (and foes) on rival consoles. Under mounting pressure from game development companies themselves, Sony would eventually cave-in in 2018 and allow cross-platform play on the PS4.

Since then, crossplay between PC, console and even mobile devices has become an essential element of the latest digital video games.

The brand was also ahead of the curb when it came to recruiting big-name celebrity players into the fold. In addition to Team PokerStars Pro – the brand’s elite team of pro players – PokerStars famously teamed up with everyone from footballers to Olympic athletes and even Bollywood legends.

As the decade progressed, so too did online poker gaming. Mobile gaming apps began to emerge around 2015 and, as the decade drew to a close, gaming operators had even begun to offer experiences like poker tournaments in virtual reality.

Gaming on the Go

At the start of 2010, mobile gaming seemed to be a passing fad. Consoles and PCs still reigned supreme and the few mobile games that were available were mostly limited to hyper-casual puzzle games. Within a few months, however, all that would start to change.

As developers noticed just how lucrative the mobile gaming market could be, smartphone manufacturers too cottoned on to the fact that a brand-new gaming market was emerging. The popularity of Android and iOS apps like Candy Crush and Angry Birds went through the roof, and soon attention was turned to developing premium quality games to play on flagship phones.

By 2019, 93% of US households alone owned a smartphone, with at least 50% using them to play video games. In 2018, the market overtook both PC and console in terms of global popularity, generating 51% of all the year’s revenues (equivalent to $70.3 billion). No wonder, then, that as the decade came to its end even major multinational publishers were keen for a slice of the pie.

Despite having a strong start in the console market with its pioneering PlayStation last century, it seemed that Sony was always going to be on the back heel of Microsoft when it came to console gaming. Case in point: the PlayStation 3. Priced at an eye-watering $599, the device was only equipped with a 60GB hard drive.

Come 2013, however, it would be a different story. For those of you who remember the console wars of the last decade you’ll know this tale well. Sony’s PlayStation 4 was an instant success and truly heralded a new era of next-gen gaming.

Selling out more than any other console on record, this beauty made streaming games a relative breeze. Plus, with its huge library of exclusive games – God of War, Marvel’s Spider-Man, Uncharted 4 – even the mighty Microsoft couldn’t compete.

The Rise of Gaming Influencers

Who would’ve thought that the bedroom-bound gamer geeks of the late 90s and early 00s would go on to be some of Gen Z’s biggest personalities? Gaming influencers are as ubiquitous as games themselves these days, and the craze for personality-driving gaming content (i.e gamer streams) all came about thanks to a certain 2010s platform called Twitch.

Twitch launched way back in June 2011 but it was actually a spinoff of justin.tv, a single-channel video broadcasting site co-founded by Justin Kan. Building on the popularity of voyeuristic shows like Big Brother, the site offered a reality TV-style look into ordinary people’s lives (via webcam streaming, of course).

Twitch was a subsection of the site that quickly became known for being the place where gamers would stream live footage of geektastic games like League of Legends, Minecraft and Fortnite.

Less than five years after its launch, Twitch had become such a valuable digital property that it was purchased by Amazon for $1 billion. By 2019, it was pulling in over 15 million active daily users and had spawned a series of fan-driven conventions (Twitchcon) that welcomed gaming fanatics from all over the world.

Meanwhile, some of the original streamers on the site were enjoying the dizzying heights of fame. The “face” of pro-gaming, Richard ‘Ninja’ Blevins famously competed against rap megastar Drake in a series of Fortnite battles in 2018, proof – if it was ever needed – that video gaming truly had arrived into mainstream pop culture.

Top 6 Most Expensive AWP CS:GO Skins in History
﻿Professional Mythic Plus Boosting in WoW
How Do I Know if Your PC Is Good for Gaming
5 Essential Tips and Tricks All-New Warframe Players Should Know