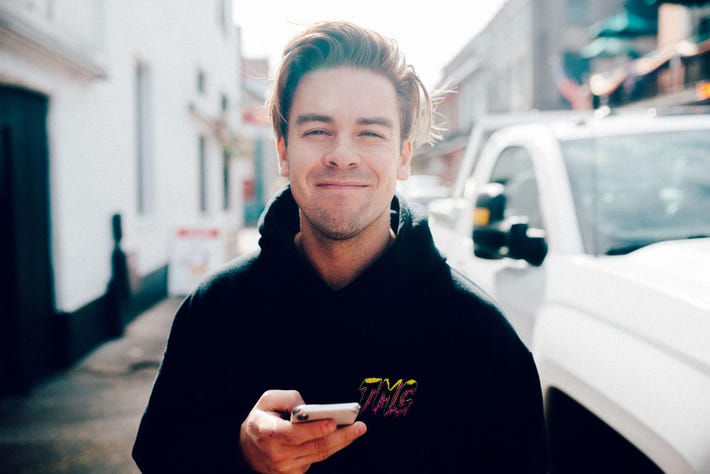 Youtube has been a great source of income for many youngsters. So much so that they even stop pursuing their studies, quitting any other way of making money and chasing after making dollars out of vlogging on this platform.

However, Cody Co wasn’t so. He rather seemed to be much wiser and organised enough to complete his studies and do a decent job prior to Youtubing.

Cody Kolodzeijzyk is a well-known Youtuber along with being a humorist, an actor, a podcaster as well as being a rap artist. The chosen name ‘Cody Ko’ has gained much popularity among his audiences.

Greg Kolodzeijzyk and Helen Kolodzeijzyk became parents to Cody on 22nd November 1990 at Alberta in Canada. His schooling was done from Springbank Community High School following which, and graduated from Duke University studying Computer Science passing out in 2012. He also completed a diploma in management and markets.

Cody stepped into his professional journey designated as a developer and engineer. In March of the same year that he graduated, he developed an iOS application, initially started as a personal assignment called I’d Cap That which gained much popularity of more than 4 million users in a couple of months. So much so that it earned the tag of App Store’s Free App of the week.

He created a Vine account and started posting videos to it in 2013. His audition video for Mary Poppins delivered him with a grand rise and he shook the stage at Vine with above 2.9million followers until Vine was closed.

Cody Ko started using youtube for posting his videos in 2014 and that too gave him great success with above 5.42 million subscribers to his channel. Majorly he posts comedy content over his channel working jointly with his partner Noel Miller.

A Few Things You Didn’t Know About Cody Ko

Cody called both his parents Crazy. Both his parents had sold their software businesses individually following which they started running marathons. His father made the mark by breaking the record of travelling the longest distance on a bike (for 24 hours) in human ability. Then his parents began doing Ironmans. Recently, he said his parents concentrated on running ultramarathons which are basically running 100-mile races. This makes his comment on his parents being insane.

2. Cody Ko was also a Swimmer

Cody Ko had gained his expertise in swimming at a very young age. He was an active and strong swimmer in his school days and wished to pursue his career while in college too. At his college, he had also joined the swimming team parallel to his studies at Duke University.

Cody Ko’s estimated net worth is about $2.89 million. While his actual income is not disclosed appropriately, some are of the opinion that his actual revenue is much more about $4.05 million as he also had other sources of income as well.