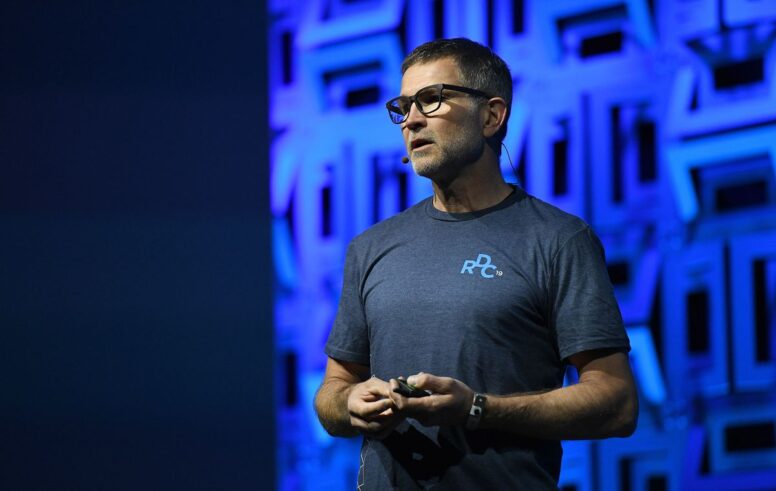 Video games have become insanely popular since the last decade. We all love playing them to get a break from our busy lives. Roblox is one of those games which has gained immense popularity right from the year of its release. You’d be surprised to know that the creator of the game is a player in it as well. Wanna know more about this gaming genius? Hop in!

David Baszucki is a highly educated entrepreneur and inventor who has created the world-famous game Roblox with co-creator Erik Cassel. He had designed various other applications in the past but Roblox was his most successful one so far. He is popularly known by his Roblox name “Builderman”. David has also been experiencing a gigantic increase in his net worth after the successful release of the Roblox IPO.

David was born on the 20th of January in 1963 in Canada. David was fond of studies from his childhood itself. He completed his high school education at the Eden Prairie High School in Minneapolis. He was a good student in school and participated as the captain of his team in a quiz competition. David married Jan Ellison who is a popular American author and has four kids. Even though David is leading a very happy life with his family, details about his parents and kids were never mentioned by him.

David attended college at the prestigious Stanford University and has secured a degree in computer science and electrical engineering.

After graduating David developed simulation software for helping students conduct experiments related to physics in 2D with his brother Greg. They also established a company called “Knowledge Revolution” which helped in sales of this simulation. It was a great success and was later on acquired by MSC software.

After the sale of “Knowledge Revolution,” David established an investment firm and worked on it for a couple of years. It was after this that David co-created the revolutionary game Roblox. It was created for users to have a 3D social gaming experience and turned out to be exactly what they planned.

Today Roblox has millions of users playing it for thousands of hours every day and is generating billions of dollars. For his amazing creations, David has won several awards like the Goldman Sachs award for his entrepreneurship and Comparably’s Best CEO award.

A Few Things You Didn’t Know About David Baszucki

During the making and initial stages of release, Roblox was called Dynablocks which was later changed by the team as it was not catchy and was even complicated to pronounce which could affect the overall marketing of the game.

In the past, a rumor was spread across the total user base of Roblox which stated that David had passed away. At the time David and his family received tons of messages expressing their condolences to the great man. Whereas in reality, David was a very alive and healthy man who didn’t even have any health conditions. It was later found out that it was completely a rumor which was created by a few immature players of Roblox.

As Roblox is a game that is popular in many countries around the world and has millions of players actively gaming in it every day it is no surprise that it would be worth a lot of money. To be precise, Roblox is now worth about $45 billion after going public recently!. The game was also acquired by Google in the past which also increases the overall value.

As a result of the incredible success of its IPO, the net worth of “builder man” is estimated to be around $4.5 billion as of 2022! Excluding the revenue generated from Roblox, David also earns from Roblox’s official youtube channel where it has over 1.9 million subscribers and more than 87 million views overall.