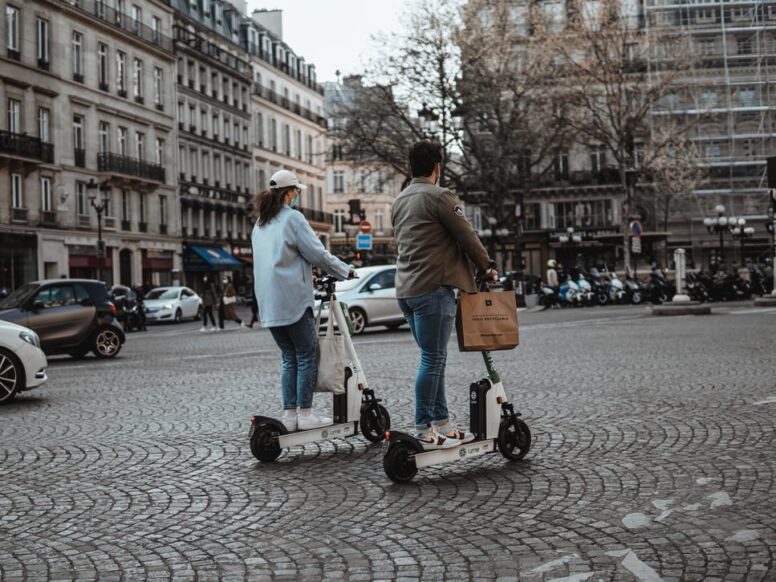 Scooters are one of the fondest memories of our childhood. We waited for long months anticipating the holiday season, so you naturally expect your parents to give you a scooter. Despite all the anticipation and unexpected moments and the part of the injuries that we’ve got from the scooter in our childhood, riding a scooter around is probably one of the most fun things we did as children.

Safe to say that we were always fascinated with mystery books and adventure novels such as The Hardy Boys and The Famous Five. Those novels preached the spirit of adventure, which is what we love with our beloved scooters. Some of the best memories about our scooters seem to be injuries that came with the scooter.

One horizontal hit from the scooter body onto our shins was probably one of the most painful things we had to endure as children. Even despite this, it happens to be such a fond memory of ours that we cherish today. Being an object of fun and entertainment, the scooter also served us practical benefits from moving from one place to another.

For children that lived close to their school complexes, the scooter was a safe alternative to move from one place to another. Visit varlascooter. eu to know more about scooters and how they have practical benefits when it comes to transportation.

In this article, we will be discussing how electric scooters are the future of sightseeing and how they are applicable in our current world. With that being said, without any further ado, let’s begin!

A Brief History Of Electric Scooters

As we’ve previously talked about why electric scooters are one of the most exciting things to have, it makes sense that they are one of the best developments in the vehicle industry right now. The cost-effectiveness, ease of entry and especially negligible emissions are helping people travel both for work and fun as well.

As all other inventions that have ever come into existence, the success and development of the electric scooty was not an overnight trick. It took years of innovation and research to arrive at the proper model to put into the market. In the twilight of the 19th century, as we know four wheelers did not exist. Most private transports was carriages drawn by horses.

The things of interest that were under development and innovation were the resources that would facilitate what the vehicles would run on such as oil, steam, electricity and so on. You can see these interesting piquing objects such as street cars which were early versions of trams that caused an immense need for electricity.

This made them the first street lighting to exist at that time in the form of vintage arc lamps. Another huge problem was transmitting electricity to various parts and areas of the city. Ogden Bolton Jr was an inventor in America who filed a patent for an electric motor that stuck to a bicycle.

The innovation behind this was fairly simple. It involved a simple direct current motor that was based on the rear end of the wheel, propelling the wheel to move forward with fuel.

In terms of look it looks like a standard muppet but to be honest it came as in the design of a normal seated scooter. It had a total drive distance of about 20-25 miles. It could reach a top speed of around 50 km per hour and was almost in development for over 10 years with over 3000 units sold.

In the world record this was the very first step to the successful integration of electric vehicles in the world. Fast forward to another few years, gopad was the company that came up with the most modern version of an electric scooter.

Why Electrical Scooters Are The Future Of Sightseeing

Now that we’ve looked at the various developments and inventions of the electric scooter, let’s get into why electric scooters will be a thing of the future that is fast approaching. We’ve seen drastic effects of global warming and how much of a negative impact our emissions are having on the environment. In Delhi, India, the atmosphere was so polluted that people could hardly breathe well.

When it comes to tourism, it isn’t the best sight. Tourists don’t want to enter a country or state that is not habitable. The main thing about tourist attractions is that they aren’t placed very far from each other. They all lie under a radius of 5-6 kilometers total.

This calls for effective but cheap modes of transport. This is where electric scooters come into the picture as they do not produce any emissions, are affordable, and completely eco-friendly. One full charge on this can give you miles of travel before having to have another account.

Moreover, like we’ve highlighted the childhood memories, they’re entertaining to travel around with. They’re also very safe to operate with the most negligible probability of accidents and injuries. Most importantly, they serve the financial flexibility of being an option for tourists on demand.

Electric scooters have been here for longer than you actually thought. Apart from just being childhood wants, they have practical benefits to use. Tourism is meant to attract people to a cleaner and more efficient system in a country.

Electric scooters only help tourism agencies to make that vision a reality. Moreover, they save a lot of time and money on the kind of transport they use for their tourists to go around. Childhood memories to practicality in adulthood. When you go electric, you go green.