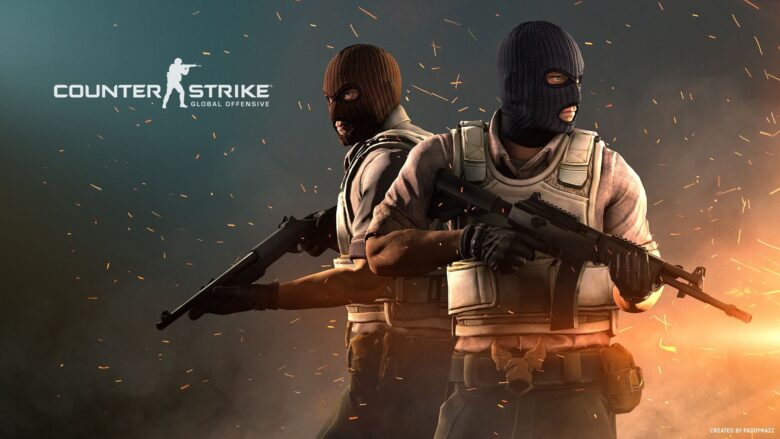 When it comes to esports betting, it’s essential to understand the culture that has shaped the esports community. These days, there are many video games that serve as the subject of betting activities. Just look at CS:GO! Being one of the oldest and largest esports titles, it has millions of followers around the world.

The game of CS:GO itself is easy to learn, but hard to master. Its idea is that one team defends a site while the other tries to attack it and place a bomb. With it, CS:GO delivers a competitive experience that encourages players to take their skills to the state of perfection, learn gaming patterns, and compete at the highest levels. Let’s see the relevance of CS:GO in the betting industry these days.

The Role of Skins in CS:GO

After the official release of CS:GO, one of the first post-release updates was known as “Arms Deal”. It involves “skins”, a customization feature for in-game weapons. Weapon skins have become a popular way for players to express themselves, with one significant nuance: they were hard to get.

Players have to play to earn skins through standard drops or buy cases to obtain skins. Many skins have been developed in small, finite batches, comparable to NFTs these days. Some were totally scarce, which boosted their price drastically. It literally made players collect them as status indicators, much similar to a Rolex watch in the real life. This quickly provided a third-party market with a plethora of opportunities. This is where players can buy, sell, and trade skins and other valuable game items for real money.

The Grey Area of Skin Gambling

Skin gambling became part of CS:GO betting a long time ago. Players started putting skins or real money on skin betting sites in exchange for the opportunity of rolling a rare skin. It was popularised by different streamers, such as Mohamed “Moe” Assad, who collaborated with skin betting sites to expand their coverage.

Considering the fact that some skins are worth hundreds and thousands of dollars, it might not be weird that the market achieved a certain level of success. However, everything is not as smooth as it seems. Many countries still look at CS:GO betting with a high level of suspicion. The same goes for every feature of CS:GO betting. For example, skin betting is a legal grey area in many regions due to poor regulatory oversight, which boosts the risk of underage gambling.

Moreover, there were also several scandalous situations related to the marketing of skin betting. This was when some streamers showcased betting with rigged matches, making it seem like it was easier to become a winner than it actually was. Thus, Valve Corporation could do nothing but take action in 2016, sending out several letters to CS:GO betting sites and demanding them to stop their operations.

Esports events are widely broadcasted by streaming services like Twitch. The latter has become a popular choice among online players and bettors who can follow CS:GO tournaments in a live format. They might not have the time to play themselves or have the intention to become better at the game, but they can surely tune in to watch NIP or NAVI play. This is quite possible. So you might come to the point where esports events are compared to football or any other traditional sports.

Esports betting used to be treated as a g-fun activity for young people. This is not really the case anymore. The video games like CS:GO have become a serious source of income for many players and bettors. For their convenience, game developers and even bookmakers have brought a bunch of useful tools like CSGO tracker. Of course, it’s under the player and bettor’s responsibility to pick the most convenient esports routine for themselves. The main point here is not to rush with decisions.

In fact, there are not so many differences between betting on traditional sports and eSports. One consideration is that the esports bookmaker market, as it is much newer, is less developed than the traditional bookmaker market. In practice, this means that the “industry consensus” on what types of esports should be included in the choice of a bookmaker has not really developed. And also that the more complex types of bets used in traditional sports betting may not be available with esports betting.

That’s why if you want to bet on esports, it’s really worth comparing the different betting site options to see what’s available where. Other than that, your esports betting experience on any reputable and regulated online sportsbook website will be much the same as when you bet on games like football or basketball. Select the proposed event, place a bet and wait for the result. And just like you can bet on specific events in a sports match, you can bet on what will happen in an esports match. The most popular choices are kill count or first blood (which team gets the first kill).

What can I bet on CS:GO?

When considering bookmakers where you can bet on CS:GO, it is important for cappers to understand that there are two types of bookmakers: those that accept skins and those that accept real money. The first category includes illegitimate offices tied to the API Stream service and accepting bets mainly from minors. This is a direct violation of the legislation of most countries. However, such offices still exist and gather a huge audience of bettors. The second offices are legal, operating under a license. Domestic or foreign sites of this category accept only cash bets, and the line of events depends on the specific office.