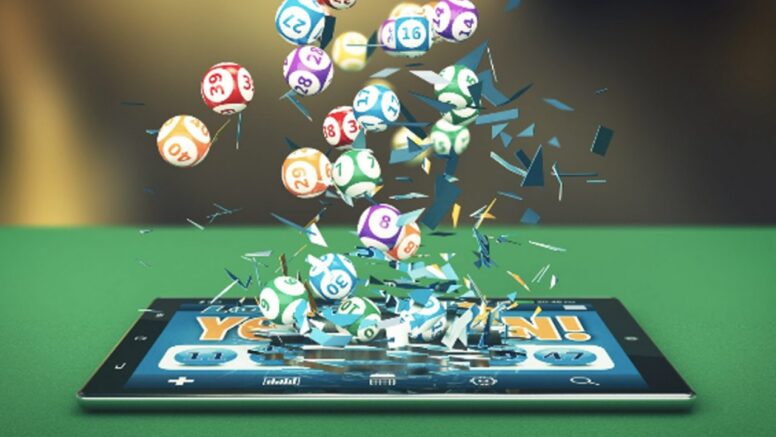 Hey, if someone has managed to win the jackpot it means the same could be possible for you too. Yes, it takes a lot of luck, but there is also the persistence and perseverance you need to have in order to succeed.

Only the most persistent come to great rewards and win incredible amounts of money that change their lives. If you want to learn about some crazy facts you didn’t know about the online lottery keep reading.

1. Believe it or not, t is not just about luck

The online lottery is a game of chance, so many believe that luck is the only thing needed to achieve success and win valuable prizes. However, many aces who have achieved this success believe that these games are not exclusively about luck. Because hey, you can’t control luck, this approach can be quite discouraging.

These aces are convinced that strategy plays a significant role in the process of winning and that finding and developing the best one significantly increases the chance of success. Today, spot trending is one of the most commonly used techniques for analyzing numbers that have so far brought victory.

Many successful online lottery players will tell you that number analysis is a way to go and that it should be your main guide when choosing numbers.

2. The first lottery ever

Online lotteries are very popular nowadays because they are a much easier way to choose the desired numbers from the comfort of your home and win valuable prizes. This is just another thing that the modern era and advanced technology have brought us. However, did you know where it all started and what is the oldest lottery in human history?

The oldest lottery was the keno slips from ancient China that are estimated to have been used for this purpose more than 2,000 years ago. It is estimated that the ancient Chinese played this game of chance around 200 BC, believe it or not!

There are even some speculations that these oldest lotteries in the world helped finance the Great Wall of China and other magnificent buildings from this period.

3. Stick to your numbers

One of the biggest concerns of online lottery players is whether they should use the same numbers all the time or whether it is more desirable to change them regularly. One of the interesting facts about the lottery is certainly that your chances of winning increase when you use the same numbers all the time. Aces in the lottery appeal to all players to stop changing the selected numbers, because that only reduces their odds.

Instead, they recommend sticking to your number, as this increases your chances of witnessing a happy outcome. Of course, to increase your chances of winning even more you need to find the optimal strategy and carefully choose and combine your numbers. And this leads us to the next interesting fact you didn’t know about the online lottery…

4. Aces say a big no to using birth dates

When someone has won a game in which you also want to win then it kind of makes sense to listen to their advice, especially if you see that they know what they are doing. You will hear from many aces that they do not recommend you to use birth dates, because it can limit you greatly and put you in an unfavorable position.

And if you think about it a little bit, you will realize that the thing is completely logical: if you limit yourself to choosing numbers that represent important dates for you, then they will all be in the range from 1 to a maximum of 31. And what about other numbers? You will completely ignore them, which can be a huge mistake.

This means that you unknowingly reduce your chances, because you do not choose numbers from a large range, which in the end almost always ends in failure. As sweet as it may be, it’s still a better idea to skip birth and anniversary dates and find other numbers to play the lottery with.

Are you looking for some amazing online loterias en Peru? You can learn more about your options here.

5. Online lottery is the type of entertainment people spend most money on

We are all aware that most people fantasize about getting rich overnight by playing the lottery. However, did you know that the lottery is the type of entertainment that Americans spend the most money on?

It is estimated that in one year, Americans spend more than 50 billion dollars on lottery tickets, which is significantly more than all other forms of entertainment (for example, movie tickets, video games, and others). And when you know how many people are fascinated with video games, then it is clear to you that the online lottery is an even bigger obsession nowadays.

6. Lottery winners in most cases own almost five cars

And finally, here’s another fascinating fact about the online lottery that you certainly didn’t know! Have you ever wondered how many cars the average online lottery winner owns? The answer is almost 5 of them. Statistics show that the average ace has 4.5 vehicles in their yard, which sounds pretty staggering, you will agree.

However, keep in mind that this is just an average. Some lottery winners own more than 10 cars, for themselves or their family members. Wow!

Almost every single person around the world dreams of winning the lottery, but it is ironic that most people do not even dare to try! Yes, winning the lottery may sound like an impossible mission, but if at least one person has succeeded in doing so, it means the same thing is possible for you too.

Now that you know these interesting and crazy facts about the online lottery, you probably have a different picture of the whole story. We hope this will motivate you to give yourself a chance and who knows, maybe even win some amazing prizes!

No Deposit Bonus Tips
Is the Gaming Industry and PayPal Online Casinos on the Rise in Hungary?
Top 7 Reasons to Gamble on the Vacation
Why You Should Try Whitehat Gaming Today!