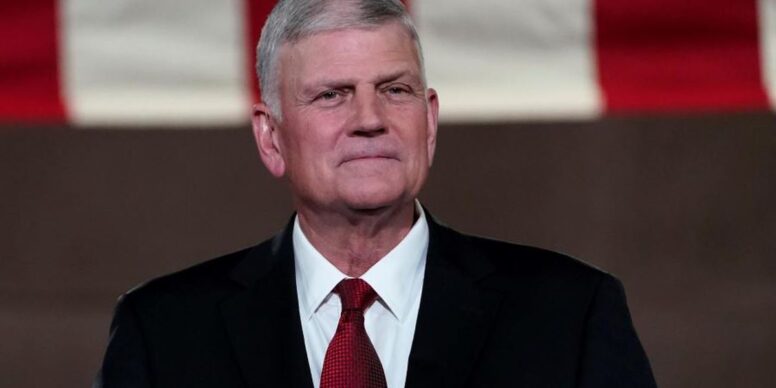 Being a renowned Christian missionary and evangelist, Franklin Graham is known for his revival trips and relief activities. He is the President/ Chief Executive Officer of two Christian relief establishments. Do you wish to learn more about this American evangelist? If so, read this article further to get an insight into his early life, family, career, and finally, his net worth.

Franklin Graham was ordained and elevated from a layperson into a clergy in 1982. Ever since he was ordained, he started appearing in public spaces as a Christian missionary, author, and orator. He is currently the President/ CEO of The Samaritan’s Purse and the Billy Graham Evangelistic Association (BEGA). Franklin is criticized for his anti-Islamic comments and his disdainful attitude towards the LGBT community.

Very recently, he supported the COVID-19 vaccination. He claimed that it is similar to the wine and oil used by the good samaritan to save the traveler’s life.

Franklin was born on 14th July 1952 to Ruth Graham and Billy Graham in Asheville city of North Carolina. His father, Billy Graham, was a renowned evangelist. Franklin is a drop-out of Stony Brook School, New York. He further completed his schooling in Northern Carolina. After that, he joined Le Tourneau College, Texas, in 1970 only to be expelled. Following his dismissal, he accompanied the pioneer of the relief organization Samaritan’s Purse, Bob Price, on his 6-week journey to Asia. During the trip, he decided to work for world relief.

He obtained an Associate of Science from the Montreat-Anderson college in 1974. Further, he acquired a BA from the State University of Appalachian. Franklin got married to Jane Austin Cunningham in 1974 and has four children- Jane Austin Graham Lynch, William Franklin Graham IV, Roy Austin Graham, and Edward Bell Graham. Moreover, Franklin and Jane are blessed with eleven grandchildren.

Significant milestones in the life of Franklin Graham include:

1. In 1979, he was named the President of Samaritan’s Purse.
2. In 1983, he published his first work Bob Pierce: This One Thing I Do.
3. He became BEGA’s Vice President in 1995.
4. In the same year, he published his autobiography Rebel With A Cause: Finally Comfortable Being Graham.
5. In 2000, he became the Chief Executive Officer of BEGA.

A Few Things You Didn’t Know About Franklin Graham

1. In 2009, Franklin was attacked for drawing remuneration from both Samaritan’s Purse and BEGA following which he decried remuneration from BEGA.
2. He criticized Islam on various occasions following the 9/11 attack on the US.
3. Franklin supported the 2003 Iraqi Invasion led by the US.
4. In 2010, he passed comments against Barack Obama and was doubtful of his Christian identity.
5. Franklin supported Donald Trump to power and opposed his impeachment proceedings.
6. He opposes all kinds of same-sex relationships and despises the LGBT community.
7. Franklin opposed a bill that sought to abolish conversion therapy.
8. He supported the first amendment of North Carolina that sought to forbid homosexual relationships.
9. He supported Putin’s Russian Anti-Gay Law
10. In 2015, Duke University suspended the Muslim call to prayer conducted every Friday due to his Facebook campaign that received over 70,000 likes.
11. In 2022, he had to cancel his UK tour due to stern opposition from the LGBT community of the proposed venues.

Net Worth of Franklin Graham

The latest updates reveal that the net worth of Franklin Graham is somewhere around $10 million. He serves as the President/ CEO of two international Christian relief organizations that form his primary source of income.