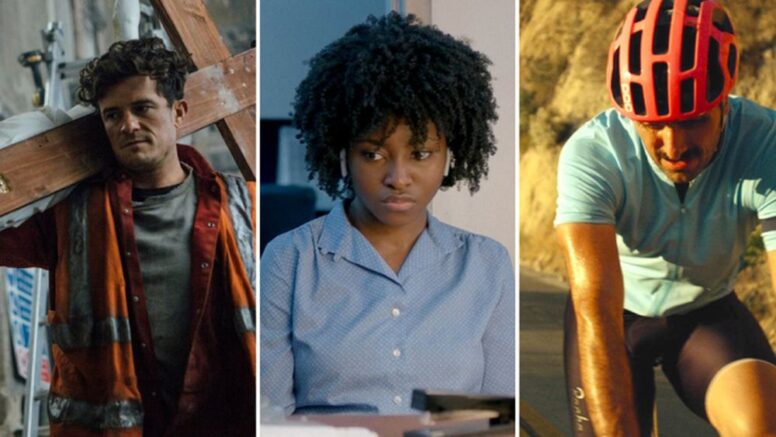 Every year there’s an enormous amount of movies coming out. Even though the recent events have dampened the production of most studios, there are still plenty of hidden gems left in the past years. Be it the late 2000s or early 2010s, we can dig out some very unique experiences that will stick with you for a while. The movies laid out here aren’t necessarily overlooked by critics and award shows but it wouldn’t be surprising if a regular movie fan missed some of these.

Hachiko may be one of the most well-known dogs in history. The story of the faithful dog who waited for his dead master’s return at the local train station has touched the hearts of many in its constantly retold form. This movie takes that well-known story and turns it into a sorrowful ride of a movie. The talented Lars Hallström adapted the overall simple story in something that goes on for over an hour yet feels like it demands each minute of its runtime. Interestingly enough, this isn’t the only adaptation of a story about a dog that Hallström has done. His 2017 movie, A Dog’s Purpose, was an adaptation of the 2010 novel of the same name.

Now let’s get into something less on the sad side and more on the funny side. Attack the Block is a 2011 British science fiction comedy horror film featuring John Boyega. While Boyega became exceptionally prominent with his role in Star Wars sequels his previous performances are nothing to scoff at. Attack the Block delivers an exceptionally fun ride centered around a teenage street gang that defends themselves from alien invaders during Guy Fawkes night. It showcases a very good mix of genres, reminiscent of movies such as Shaun of The Dead. The movie is directed by Joe Cornish, who has showcased his directorial capabilities with Attack the Block and is currently working on Attack the Block 2, whose release date is yet to be announced.

Following the mixed genre nature of our previous entry is Adventureland. This Greg Mottola piece follows the story of a college graduate working in a local amusement park where he faces multiple bizarre experiences. The love story that unveils between the main character, James, and his co-worker Emily adds this comedy-drama a tinge of romance that’s very well executed. Providing an already enjoyable movie with some lovely moments between the two. Adventureland features Jesse Eisenberg and Kirsten Stewart, giving the movie’s well-structured story some good acting to back it up.

In a more serious genre of movies, we have Good Time. This movie follows the story of two brothers after a botched bank robbery. This crime drama goes through various experiences the main character faces throughout the city’s underworld in the efforts of securing a better life for his brother. It features multiple interesting if morally reprehensible characters as well as some very interesting editing and a tense soundtrack that will keep you at the edge of your seat during the whole movie. Robert Pattison, most popular for his role in Twilight movies, proves his acting chops in Good Time with a slew of situations where he manages to convey the tension the main character feels through body language alone.

Following the intense visuals of Good Time is Starfish. This feature-length debut of A.T. White features a unique blend of apocalyptic story and personal grief. The movie is centered on the main character dealing with the death of her friend while the incoming apocalypse is presented as a backdrop. The movie has the character go through the five stages of grief, encapsulating the intense emotion of loss throughout its runtime while having a unique style that amplifies the experience. The movie is heavy in terms of both the subjects it covers and the tone it presents but very much worth your time if you are in the right mood.

6. Baseball, Dennis and the French

In the sphere of real-life inspired movies, there are plenty of documentaries to pick from. These movies aren’t as densely advertised nor do they get as much prominence if you aren’t in the communities where they are discussed. One such movie is Baseball, Dennis and the French. The movie covers the journey of Paul Croshaw, a longtime liberal activist, as he becomes a conservative Christian after years of listening to radio host Dennis Prager. It’s a movie that firmly orients around politics and the introspective thoughts of one man and as such may be less attractive to those who prefer their documentaries to be wider in scope. However, the uniqueness of the plot warrants at least a single watch. If you live in Miami it may also be possible it’ll run in nearby theaters at some point so check out this website to follow the current state of movies playing right now.

7. Memory: The Origins Of Alien

The following documentary covers one of the most iconic movies of cinema at large. Memory: The Origins of Alien tells us the story behind the curtains of the first Alien movie as well as its inspirations. The interesting subtext and motivation of the piece as well as engaging speculations of the greater meaning of it offer some deeper understanding of the movie outside of the usual story about the production itself. The movie came out in 2019 but hasn’t garnered as big of an audience as the iconic franchise would usually do, we present it here in the hope it will get some rekindled popularity as it is a very unique experience. The director, Alexandre O. Philippe, created a couple of similar movies beforehand so if you dig this type of documentary the rest of his filmography may interest you too.

8. Color Out of Space

The works of H.P. Lovecraft see a surprisingly low number of adaptations despite the popularity of the mythos. The next flick, Color Out of Space, is based on the short story The Color Out of Space by H.P Lovecraft. This movie sees a family go through a terrifying, eldritch experience when a meteor crashes near their home. The movie’s cast includes Nicholas Cage who, in recent years, has been seen starring in some very unique horror movies as well as producing them. The intense acting style that Cage has compliments the movie’s events perfectly. However, there are plenty of other factors to take note of. Namely, its cinematography and imagery which manages to bring over the feeling of a Lovecraft story onto the big screen.