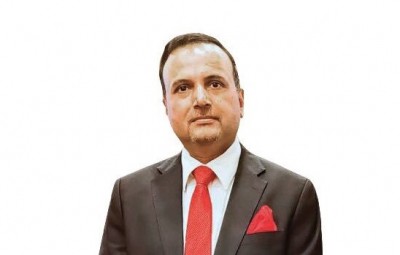 The 2 nations have remained locked in a stand-off along the LAC in Ladakh from Jun this yr.. A new crises erupted last Sun. when India(In) pre-emptively thwarted Chinese intentions to unilaterally alter the status quo on the southern bank of Pangong Tso in Eastern Ladakh.

In an announcement, the Ministry of External Affairs spokesman Anurag Srivastava stated that the govt’s position on the previous development (devt) was clearly articulated in an announcement made on Sep 1.

The Indian Defense Ministry on Mon. had stated that Citizens’s Liberation Troops (PLA) army violated the recent consensus arrived in the military & diplomatic engagements during this ongoing standoff in Eastern Ladakh & carried out provocative military movements to alter the status quo on the night of Aug 29 & early in the morning of Aug 30.

“Indian army pre-empted this PLA activity on the southern bank of Pangon Tso Lake, undertook steps to strengthen our positions & thwart Chinese intentions to unilaterally alter facts on the field,” the govt had stated.

Srivastava reiterated that Chinese actions had caused the previous escalation. “It’s evident that the status we witness over the past 4 mos is a direct result of the actions taken by this Chinese side that sought to impact unilateral alter of status quo. These actions led to violation of the bilateral agreements & protocol that assured peace & tranquility within the border regions for close to 3 decades,” he stated.

He stated that the field commanders are still holding discussions to resolve the status.

“We reiterate the consensus approached between the 2 foreign ministers & secretaries that the status within the border must be managed in a accountable way & either side shouldn’t take (2) any provocative action (or) escalate matters,” the MEA spokesman stated.

As of now the way ahead is negotiations, both using diplomatic & military channels, he stated, adding that the Indian side is firmly dedicated to resolving all outstanding problems using peaceful dialogs.

“We thus firmly urge the Chinese side to sincerely engage the Indian side with the objective of expeditiously restoring the peace & tranquility within the border regions using full disengagement & de-escalation in accordance with the bilateral agreements & procedures,” he added further.

The Xi Jinping regime had on Mon. threatened that the China-India(In) border tensions going to “surely escalate this time”, from India(In) “crossed the LAC (Line of Actual Curb) in the border & purposely initiated provocations”.