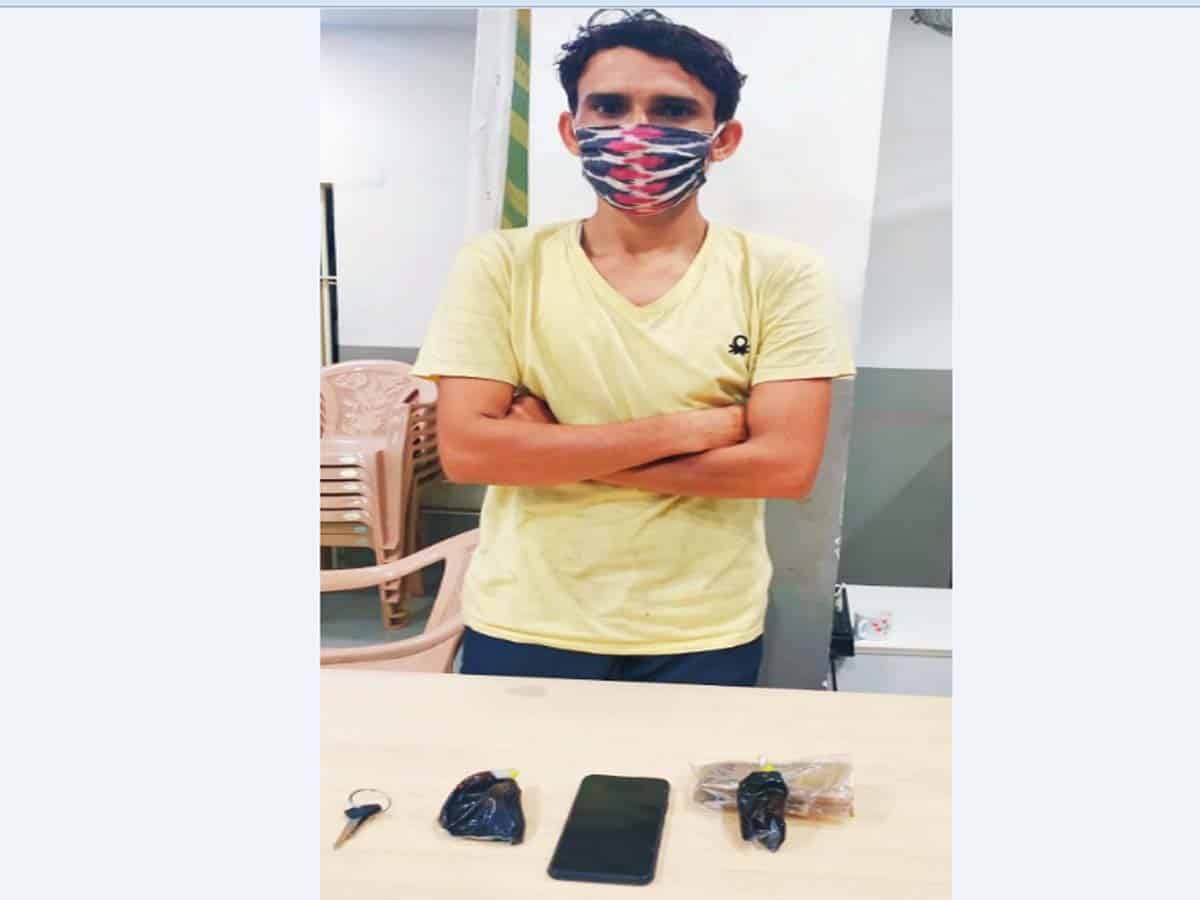 As per the sources, Dinesh Kumar, a resident of Poonasa (V), Bhinmal of Rajasthan(RJ) State.

6 yrs. back he had come to Hyderabad(Hyd) for job purpose & involved as labor in Punam Steel, Nagol, Hyderabad(Hyd). From long time he’s addicted to consume Opium drug.

Throughout epidemic status he didn’t gain any work (5) & financially had become weak. Immediate after relief of lock down the charged went to his own local place & hatched a schedule to sale & supply the Opium.

According to his own schedule 1st week of Sep, he procured One KG of Opium drug in his own local place Rajasthan(RJ) & had come to Hyderabad(Hyd).

Dinesh Kumar was selling the drugs illegally to the well-known & needy clients for number of INR. 1,400/- to 1,600/- every gram & gained profit.

The taskforce with the Nallakunta police have captured 150 Grams of Opium, 1 Two-wheeler, & 1 Cell phone in the instance of charged.