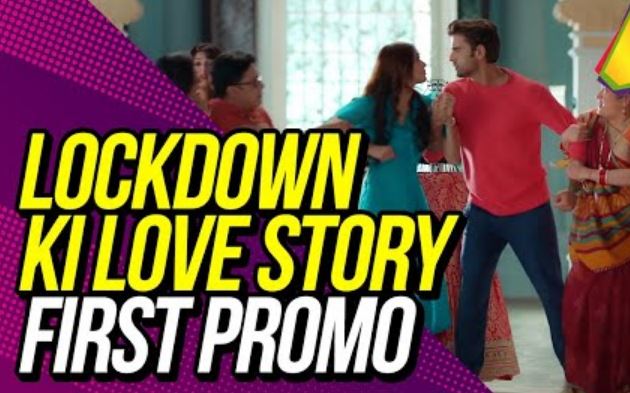 Today’s Written Episode: Lockdown Ki Love Story 10th December 2022 Daily Serial Starts With Raghav saying I can’t give 7 days. Milky says I also want time to take the case back, else everyone will doubt me. She says fine Sonam, we accept your condition, I will give you 7 days then you will be of Raghav.

They leave. Sonam cries. Everyone waits for Sonam at the jalebi shop. Sneha says it would have been good if Dheeraj was here. Subhadra and Sonam come there. They all eat jalebis at the shop. Dhruv gives the jalebis to Ankita first. Nutan looks on. Dhruv feeds the jalebis to everyone and goes to Nutan.

Nutan says Milky did this to make Sonam out, she wanted everyone to understand that no one can snatch her husband and family, what wrong did she do. Milky says Maa. Dhruv asks who called her here. Milky consoles Nutan. Dhruv says after all your conspiracies, Sonam is with me. Milky threatens him about family.

Shashi hears them. He asks Dhruv to swear on him. He says I didn’t do anything wrong by going against my soul, you are being blackmailed, don’t let this happen, even if I die in the jail, never accept Milky, don’t let Sonam go away. Milky gets angry and taunts Dhruv. She asks Dhruv to just see what’s right for his family.

She takes Nutan’s blessings and goes. Milky says my work starts from here. Raghav comes home singing. Sheetal dances. She asks the reason for his happiness. He says I m getting married to the girl I love, she has agreed. Shobha asks really. Raghav says after 7 days, I will take 7 rounds, then I will decide to give vows or not.

Shobha says vows don’t matter to men, women keep the vows, who is the girl. Raghav says its a surprise, prepare for the marriage. Sumitra asks what.

He argues with her. He says you will like the bride when she comes. He asks her about her knee pain. She says its not better. Raghav takes care of her. Shobha and Sheetal praise Raghav.

Raghav asks is there much pain, its good, your Bahu can’t see you in pain, she will relief your pain and make you run. Sheetal says he is thinking for your happiness. Sumitra says if we could see the pic once. Raghav asks her to see in his eyes, he loves that girl. Shobha says leave it, she can’t see, I understood it who is the bride. Raghav says just you know me. They laugh.

Sonam says its my last 7 days with Dhruv. Dhruv says we will not shatter, I will make everything fine. He asks her to talk and lessen the sorrow. Ankita comes and asks them to go home. Dhruv says I will stay here. Sonam says I m also fine. Ankita says you both need rest, just go home. Dhruv says call me if you need anything. Ankita prays for their union. Raghav comes to Dhruv’s house. She says anyone can come, just go.

He says you have made me win, I got desi ghee halwa for you. She says fine, you go now. He feeds the halwa. She says if Dhruv comes, I will be in trouble, just go. Raghav says let me see Sonam once. She says our plan will fail. He says it won’t fail, don’t worry. He goes to hide. Dhruv and Sonam come home and see Milky. Sonam goes. She sees Raghav in disguise. She gets shocked.