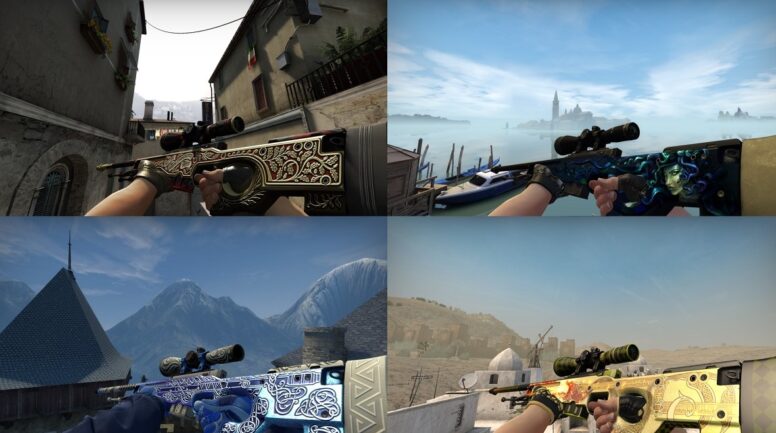 If you are an avid gamer, then you probably know everything about CS:GO. We are talking about the game itself, additional features, quests, rewards, weapons, and so on.

It also means you are familiar with skins, and how valuable they are.

Sure, there is an abundance of these you can buy online to boost your gameplay significantly. However, at the same time, there are others that are very expensive and probably outside your budget. In this article, we will provide you with the list of the costliest AWP CS:GO skins, tell you about their features, and also discuss why they are so expensive.

What affects their value?

First things first, let’s discuss this matter because it is something most people don’t fully understand. Generally speaking, there are three major features – rarity, popularity, and wear and tear. This first one is fairly obvious. The pieces that are most difficult to find are the most expensive ones. Next, some of the skins are adored by players, meaning that the demand for them is high. They are quickly sold out when they are available due to their features. Finally, there are the stats. When it comes to wear and tear, there are several categories – Factory New, Minimal Wear, Field-Tested, Well-Worn, and Battle-Scarred. Each of these categories determines the degree of the wear, and obviously, the more damage they have sustained, the lower their price is. Sometimes, stickers on the pieces can affect the value. Some of these are removable, but if we are talking about the stickers that were available only for a short period of time, they can significantly increase the skins’ value.

We are going to start our list with the rarest and most expensive skin there is – the Dragon Lore. It was initially introduced in 2014 as a part of the Cobblestone Collection, and it can cost up to several hundred thousand dollars. Naturally, this depends on the previously discussed categories, but the Factory New one costs around $9,000, while Souvenir Factory new is over $300,000. When it comes to its rarity, all we are going to say is that your chances of finding and purchasing it are 0.64%. It features a dragon on the metal surface, whose neck includes a Celtic know pattern.

AWP Gungnir is part of the Norse Collection, and it is considered to be pretty new since it was released in 2019. Since it was only released within this collocation, you cannot find it by opening containers, which is an option with some other weapons on our list. It is just as rare as the previous one, and the chances of getting it are quite slim. Only around 3000 of these have been released with the “Operation Shattered Web” update. The color combination of the body of this skin includes a couple of shades of blue. However, what makes it even more appealing is its finish that changes color to purple depending on the lighting. Its cost varies between $7,500 for Factory New and $4,000 for the Battle-Scarred one.

The history of this weapon is pretty much the same as the history of Gungnir. It was released a few years ago with the “Operation Shattered Web” update. However, this one is part of the Canals Collection. Its rarity is labeled as Covert, which means it is very difficult to get it. The skin includes a floral pattern on the red background as well as the inscription “May peace be with you my Evangelist.” This quote has been connected with the Venice royal family for centuries, so its Italian-inspired design doesn’t come as a surprise. The Factory New one costs $3,000, and you can find various offers on csgoskins.gg.

With an average of 4.7, this skin is currently one of the most popular ones. It is the oldest one on our list since it became available in 2015, with “The Hunter and the Hunted” update as part of the Gods and Monsters collection. Its rarity is also Covert, and the prices range between $1,300 and $2,500. The finish style of this sniper rifle is patina. As you can assume, the design of this one includes Medusa, a being from Greek mythology that turns everyone who looks at her into stone.

Desert Hydra is the newest item on our list since it was released a few months ago. In September 2021, to be more exact, with the Stockholm 2021 Mirage Souvenir Package in the “Operation Riptide” update. Unlike some of the previous ones, this skin can be found in the Stockholm 2021 Mirage Souvenir Package container. The cost of this weapon varies between $1,100 and $2,000, which is fairly affordable, especially when compared with the Dragon Lore. However, if you want the Souvenir Factory New one, you will have to invest around $4,000.

Even though some may argue that this design of this skin is fairly simple, we have to say that it is really appealing since it includes a chrome finish that changes its color from purple to gold and pink. It was added as part of the Control Collection in 2020, with the “Introducing Operation Broken Flag” update. When it comes to purchasing it, you can choose between the Factory New and the Minimal Wear ones, which are around $700.

What are other popular skins?

Now that we have provided you with the most expensive AWP CS:GO skins, let us tell you about other ones that are as popular but more affordable. Firstly, there is the Neo-Noir rifle, which has some of the most beautiful designs according to players, and you can get the Factory New one for just $30. Next, Fever Dream was made available in 2017 with the Spectrum Collection, and today its cost is around $7. There are, of course, numerous others, such as Wildfire ($93), Graphite ($125), and so on.