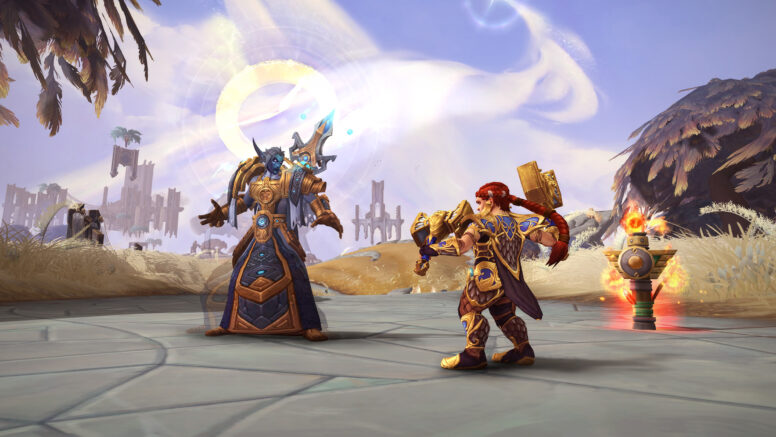 World of Warcraft is one of the games that no matter what happens, would still be popular among loyal players, but also for enthusiasts. This game requires some effort and dedication until you are ready to be an expert in this field. Many people don’t see the games as their option to live from them, but surely you and many others already know that some people already do that.

You can find them under the name professional boosters, and these people work for carry services who take the responsibility for the specific dungeons, quests, or leveling up some character, of course for the money, when the player can’t do it by themselves.

This thing is available for every WoW expansion, but today we will be focused on Mythic Plus.

Mythic Plus dungeons what is it?

WoW has a ton of content for players in both PvE and PvP formats. Each type of activity has different levels of difficulty for the passage. Everyone knows about the main options:

Many people forget about the latter, because beating a dungeon on a high-level key is meant for hardcore players, and requires a lot of time, dedication, and high skill. But what is so special about the ultimate dungeon difficulty level?

Distinctive features of dungeons Mythic plus at EpicCarry mode are very different from all previous ones, not only in complexity and toughness of the enemies but also by how you access it.
Each dungeon requires a key — a single-use item that is consumed at the beginning of the dungeon, enabling Mythic+ mode for a single attempt. At the end of the dungeon, players will get another key, which, depending on your performance during the run, will either be of a lower, same, or higher keystone level and thus will unlock a worse or a better dungeon.

How to get to the dungeon:

-In order to get into the dungeon, you also need to get the key of the previous level of the same dungeon; the lowest level keys drop in regular Mythic (non-plus) dungeons.
-Key can be looted from the end of dungeon chest Mythic difficulty;
-Alternatively, if you don’t have a key you want to run you can join a group that has a key for the dungeon you need, using the looking for group mechanics;

Why is that known as Mythic Plus (Mythic+)?

This dungeon system is rotating the affixes every week, and it’s similar to the challenge mode, but it’s focused on important accomplishments, not speed. Also, you have a chance to claim some of the best gear rewards in the game. One of the disadvantages is that only the dungeons of the most recent expansions are valuable to your game, but surely you can have some great achievements that will improve your overall performance in the game.

It’s known as Mythic Plus because it’s more advanced than Mythic, and you can hope for your best results in the game, claiming better gear and items, and getting ready for the next battle.

You also need to know that once you are in a Mythic+ dungeon, you can’t change the party. Get ready for a balanced game, but make sure you are using the best skills and talents before you get in.

Once you complete it, you can say that you are rewarded with the best gear and strategies for further actions.

Mythic+ difficulty has a number of other features:

-There are many specific strategies for passing; these strategies usually vary depending on the weekly affix;
-In such dungeons, all enemies are endowed with special effects – buffs. They are called affixes;
-Affixes change on a weekly basis;
-Players must beat the final boss of the dungeon within a certain time limit to get rewards;
-Once a week, each player can receive a reward for beating Mythic+ dungeons from the Great Vault. The reward quality depends on the number of Mythic+ dungeons completed in the previous week.
-Mythic+ players have their own set of rules of etiquette and expectations from their teammates. You will only learn them over time;

Everyone gets to the point when they need to farm Mythic dungeons to progress further in the game. But not everyone may be ready for it: someone else needs to farm some gear, someone is in search of a high-level key item, and some players simply do not have time to run M+. What about ordinary players who are not ready to spend a lot of time completing dungeons in such a situation? There is always an option to boost your account.

Our service provides boosting services for various activities in World of Warcraft. We can boost your character so it is able to conquer any content in the game, from low-level dungeons and Normal raids to their Mythic counterparts. We have united thousands of professional WoW players from different servers and guilds on our site and each of them is a professional player with massive experience with all classes, specializations, and level ranges. Order a boost from us and:

-Get the passage of Mythic plus dungeons in no time;
-Low prices for WoW boosting;
-Your account will be protected and will not be stolen;
-Your money will be safe because the booster will receive after the end of work;
-You can order any services and dungeons, any clothes and mounts. And we will do our best to make you happy.

And remember the main thing – boosting is not cheating and will never be because you do not violate anything, do not get into the game code, and do not cheat the system.

At the end of this article, we will talk a little bit about the things you need to realize before you get into this game seriously. Keep in mind that you don’t need to be an expert all the time, and no matter what, these games are for entertainment purposes primarily. Some people are lucky enough to be professionals in it, but you don’t have to. You can surely use their services to get better at the game and improve your results, but don’t put a lot of pressure on yourself, that you must be that good too. We know it’s a huge challenge, especially if you have friends that are highly into gaming. But, if you have other priorities it’s just fine – that’s why these boosting services are available in the end.

So, learn the theory and technical details about Mythic Plus, see what do you get, and if you think that you can do it, go for it, but don’t feel obligated to do that – do it just for fun, and you will be more relaxed in general.