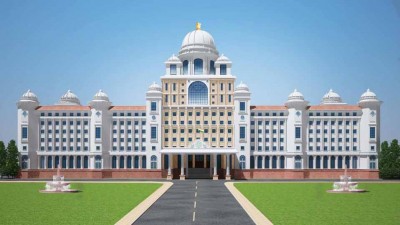 He stated Dr M Chinna Reddy has been the only 1st class graduate in united AP. He moved MBBS with merit, awhile there have been questions over PV Narsimha Rao getting gold medal from Nagpur University.  He stated after enquiry it has been identified that he didn’t pass in 1st class.

Captain Pandu Ranga reddy stated chief minister CM KCR has forgotten the martyrs of Telangana (TL). Moulvi Alauddin who assaulted on British Residency in Sultana Bazaar has been the 1st freedom fighter who has been sent to Andaman jail. He wasn’t freed even after imprisonment of 35 yrs. & he passed away there itself.

Real freedom fighters & activists are getting ready to approach Andaman jail next yr. to pay tribute to Moulvi Alauddin. The other freedom fighter has been Abid Hasan Safrani who has been the helper of Subhash Chandra Bose.

Pandu Ranga reddy pushed the govt to observe the birth & demise anniversaries of both the freedom fighters & name new secretariat after Moulvi Alauddin & police head quarter in Banjara Hills after Abid Hasan Safrani to pay tribute to the freedom fighters.