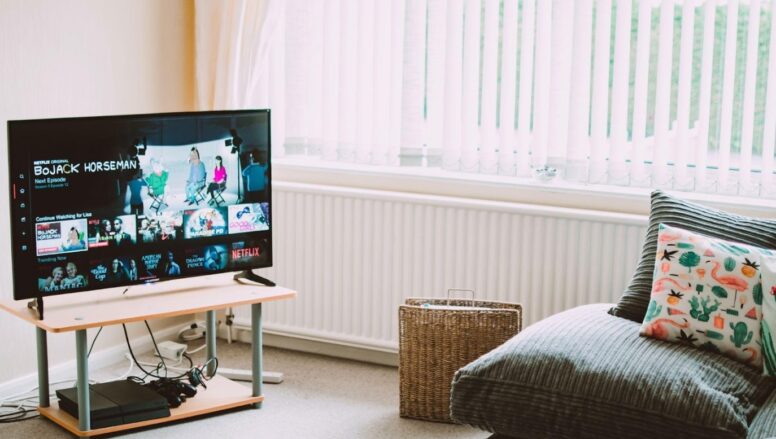 TV shows have become an indispensable part of our daily lives. They are a cheap and accessible means of entertainment. Days when people went to a movie theatre as a special occasion to watch whatever was on offer are over. Movies have moved from the big screen to our TVs and gadgets and have become an integral part of our everyday routine.

As movie-watching solidified its place as one of our default pastimes, Film studios and TV show creators naturally responded to the growing demand. With increased ease of production, accessibility, and global customer reach, the movie industry has become bigger than ever become – offering an increasingly wide selection of content.

Streaming content seems like a better option than watching TV, as you can freely pick what to watch. But TVs have a hidden benefit on their side, and it’s the exact opposite. Being restricted to watching whatever’s on, you are free from the burden of decision-making. Choosing what to watch can be stressful. Even as you settle on your choice, you might carry a lingering feeling that you are missing out on a better option you could be watching instead.

So how do you pick what to watch? Many people’s enjoyment of a show largely depends on how relevant it is to their lives. So here are some of today’s best and most trending TV shows geared toward students.

How to get away with murder is an American crime drama that centers around a group of promising law students and their outstanding professors, who become entangled in a twisted murder mystery that completely turns their lives upside down.
Why we like it

The show features way too much murder to accurately reflect an average college life.

But what it lacks in relatability, it certainly makes up for with intriguing storylines, a well-written and thought-out plot, and a nail-biter ending. Let me stop before I start veering into spoilers, and let your imagination fill in the rest. This unconventional student show is definitely worth checking out, so dump your upcoming essay assignment to experienced professionals at ProEssaysService, hit the lights switch, and dive in!

Dear white people is a Netflix comedy-drama series that follows several African-American students as they try to navigate a predominantly white college. As you might have already guessed, black students have to endure various forms of direct and tacit discrimination and belittling.

The show focuses on many social challenges racial minorities still have to face even in today’s supposedly fair world and explores deep intricacies of residual day-to-day racism even in the most progressive of societies. Unsurprisingly, the show’s premise and social message fall well in line with the modern movements for equality which makes it highly relevant and  potentially helpful in the fight against racism. Movies and TV shows are the greatest sources of influence, after all. Dear white people can rightfully be regarded as one of those educational TV shows that is more than mere entertainment and can teach you important life lessons.

Series have been met with mixed reactions from audiences and movie critics alike, which further raises the intrigue as people are drawn to anything controversial. Dear white people can’t help but spur drama on and off the screen!

The Magicians, which is based on Lev Grossman’s novel with the identical name, kicks off with a bunch of students enrolling in a magician school (a real-life, non-real-magic one) only to later be recruited into a secret academy concerned with real magic. On the surface, it’s sort of a Harry Potter – X-men hybrid.

The show may not enjoy the star power or special effects quality of higher-profile renderings, but it compensates with imaginative screenwriting, clever plot twists, and attention to detail to give those household Hollywood greats a run for their money. It features enough suspense and on-coming surprises to keep you on the edge of your campus seat throughout all six seasons. If stuff like LOTR and Harry Potter were your type of jam in childhood, this could be your next big thing! Throughout the 20th century, women have been getting noticeably fewer lead roles and less screen time. We are thankfully leaving those darker times behind us, as the equality warriors have come a long way in equalizing the playing field across the entire movie industry.

The sex lives of college girls tells the story of four female roommates who are thrown together at random but quickly develop chemistry and go on to experience college life for all it has to offer.

Don’t be fooled by a highly suggestive title that leaves nothing (and, at the same time, so much) to the imagination. Sure, the show places students’ sex life and the associated awkwardness front and center, but it also covers a much wider aspect of college life.

It is funny, charming, and realistically depicts real-life challenges students have to face.

It’s a female-led comedy involving sex, partying, and hardships of college that should tick all the boxes for a student audience.

With limited time in college and with enough online streaming content for several lifetimes, you can’t afford to choose wrong and waste your precious leisure period on a sub-standard TV show.

We hope our list sets you on the right track and helps you find TV series that are good enough to make your life seem empty and meaningless when it’s over!

7 Television Programs to Watch While High