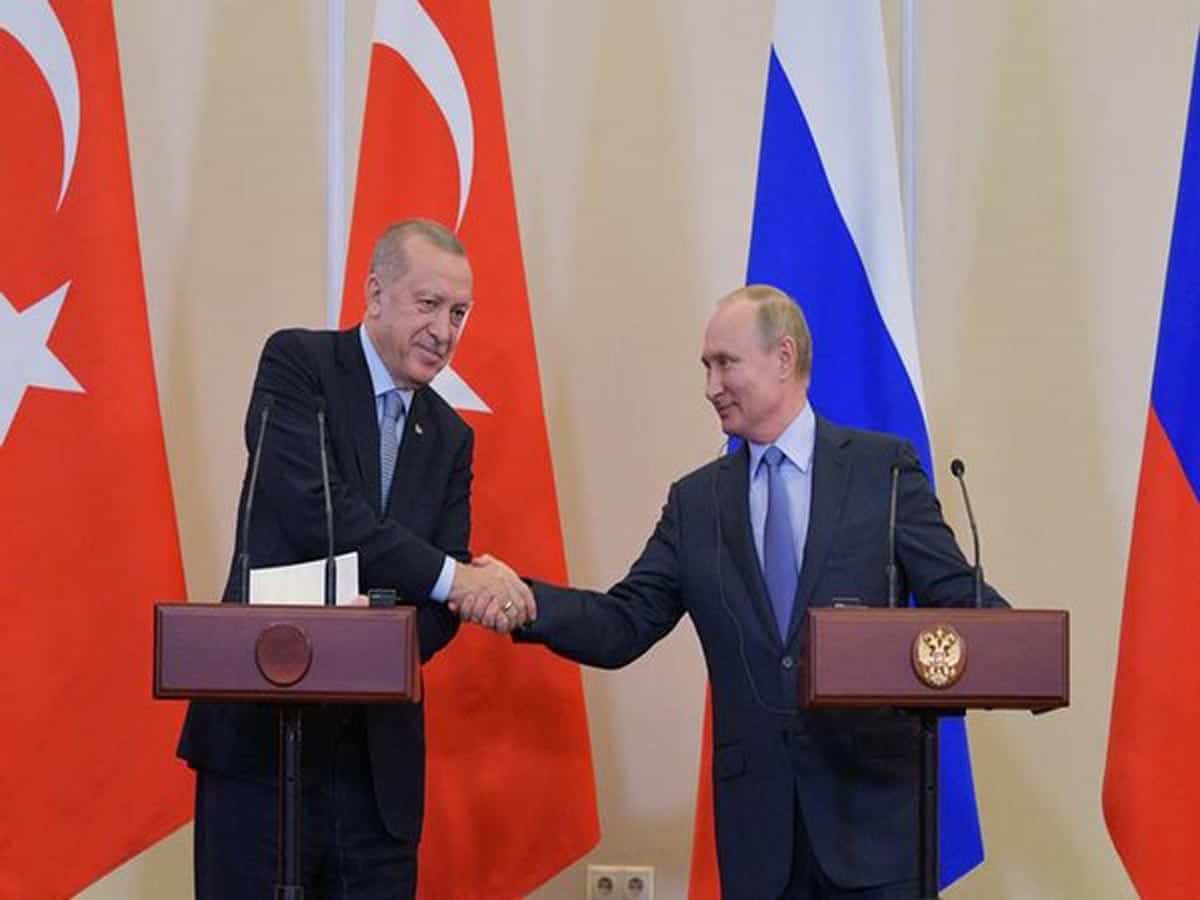 Moscow: Russian President Vladimir Putin & his own Turkish counterpart Recep Tayyip Erdogan addressed in a phone discussion developments in Syria & Libya, along with the fate of Istanbul’s iconic Hagia Sophia, the Kremlin stated.

Putin & Erdogan emphasised the importance of stepping up measures to foster a Syrian arrangement, involving within the Astana format on the basis of agreements approached in the Russian-Turkish-Iranian on-line summit conducted on Jul 1, it stated in an announcement on Mon., Xinhua press agency recorded.

The parties greatly welcomed the interaction between the Russian & Turkish defense govt departments, that helped stabilise the status within the north-western Syrian area of Idlib & the nation’s north-east, the announcement stated.

Putin & Erdogan reiterated the want for an early end to the armed confrontation & a back to the negotiation procedure in Libya on the basis of the decisions of the Berlin Conference conducted on Jan 19, sanctioned by UN Security Council & accepted to intensify joint political & diplomatic measures in this region, it stated.

Putin drew the attention of Erdogan to the substantial people outcry in Russia over the call to alter the status of the Hagia Sophia, that provided as a museum from 1935, to a mosque.

Erdogan stated accessibility to this unique monument of globe civilisation would be assured for all, involving foreign residents, & Christian shrines going to be preserved, the announcement stated.

Putin & Erdogan also exchanged views on particular problems on the bilateral list, involving the prospects for the restart of tourism as the COVID-19 status enhances, it stated.