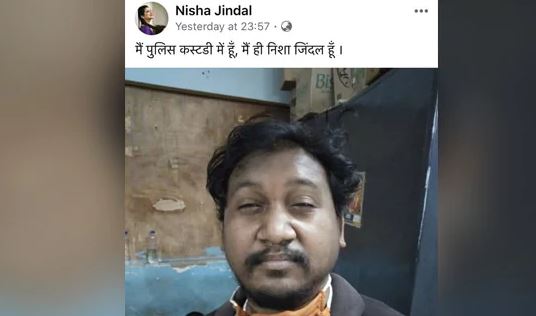 Raipur: A man reportedly maintaining a fake Facebook account utilizing a photo of a lady was arrested in Chhattisgarh’s Raipur.

Nisha Jindal – the fake name on the fake profile – has over 10,000 followers on the social media site. The police have been inquiring about the Facebook account more than divisive posts when they came to know that a man named Ravi was using the profile.

The bio on the Facebook profile says: “I am Nothing Without My Lovely Princess Daughter”. He allegedly ran fake a/cs on other social media sites also. Ravi is an engineering student.

“When the police have gone to arrest ‘Nisha Jindal’ for reportedly promoting social enmity, it had been revealed that Ravi, who has unable to pass his engineering examination for 11 years, is in fact ‘Nisha’.

The police managed him post the reality so that his 10K followers gain the truth,” Indian Administrative Service official Priyanka Shukla posted on twitter.