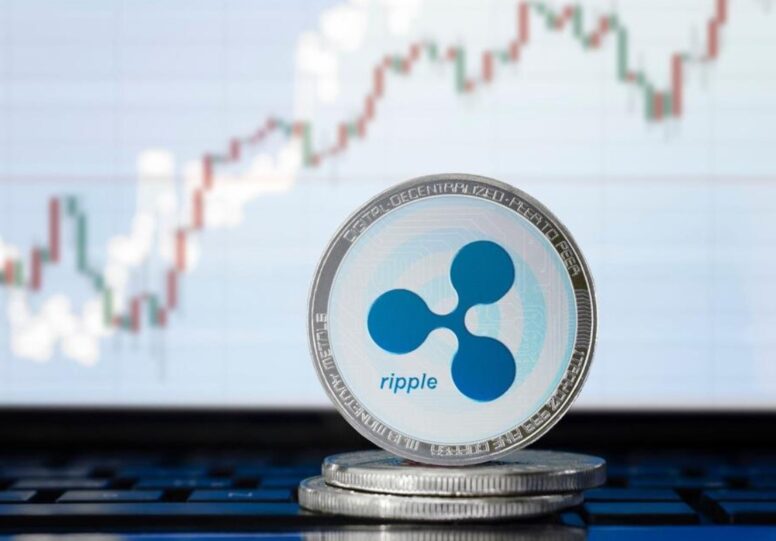 The cryptocurrency Ripple ranks third in the rating of digital coins by capitalization. The price of one token barely exceeds $0.5, but the amount of capital invested in it is already approaching $23 billion. How did this coin manage to approach the market leaders Ether and Bitcoin, and is it worth investing in it?

How did Ripple come to be?

The basic concept of the Ripple protocol emerged a long time ago, several years before the presentation of bitcoin. The first version of the system was launched in 2005; it was designed for secure online money transfers. The creation of a similar blockchain platform with similar functionality began in 2011, and the idea of launching the cryptocurrency came to the developers in 2012. In the same year, the young cryptocurrency market was introduced to the new Ripple token – XRP. By the way, to buy Ripple at a bargain price – click here.

The concept of Ripple

What makes Ripple different is that users pay each other with cryptographically signed transactions denominated in the company’s internal currency or fiat currency. Initially, Ripple only made entries into its registry and had no enforcement powers. However, the currency is now integrated with banking protocols and user verification protocols. In order to work with the system, it is necessary to specify other users that the user trusts, and in doing so, specify how much.

This term means a connection between Ripple and Bitcoin. The advantage of this bridge is that it allows you to make a payment directly from your personal Ripple account, and you do not need to be a cryptocurrency owner to do so.

For example, a user of the system may prefer to keep his funds in rubles rather than in bitcoins. Or vice versa, the payer may wish to pay in bitcoins. Another advantage of this bridge is that it allows you to send bitcoin without using an exchange service.

The plus side of this system for banks is that the network will work much better, and financial companies will get albeit small, but guarantees. But guarantees.

The minus is also present – if you want, the developers can make any convenient changes to the system.

• Scalability. Ripple scales very well and allows thousands of transactions per second, hundreds of times more than Bitcoin, which can only process about ten transactions. In the future, the developers see no obstacles to bring the system to the indicators of 50 thousand transactions per second, which is equal to the capacity of the VISA system.
• Versatility. Ripple can be exchanged for any currency of the world or precious metals. In this case, the commission will be the same for any transaction made.
• Absence of commissions and speed of transfers. The Ripple system has only a nominal commission, which is not felt by users at all, and the transaction time takes only a few seconds.

The Ripple protocol has several features that are unique to this cryptocurrency. We have already noted that Ripple cryptocurrency is not based on the usual blockchain, but on the original system of nodes and gateways.

But it follows that despite its claimed status as a decentralized structure, Ripple is not, in fact, a decentralized structure. Although the system is divided into many nodes and anyone can open their own such node, but in fact the candidate will have to pass a very strict test to become a trustee of RippleLabs, which means that most of the system’s nodes are still owned by the company itself.

A fixed number of Ripple coins or XRP coins were issued at the beginning of the launch of the system, namely 100 billion units. Therefore, how many total Ripple cryptocurrency coins will be on the network is already known.

On the one hand, this is very good, as the coin will not be subject to inflation, but here too RippleLabs managed to distinguish itself. Out of one hundred billion coins, only 35% were released for use, the remaining 65% were left to the developers themselves.

This approach causes unnecessary distrust in Ripple, as it is quite possible that coin owners will simply crash the market by selling their assets. This fear has become a barrier to further investment, and realizing this, RippleLabs has created 65 smart contracts, one contract for every billion coins they have left.

Under these contracts, the company only gets access to one billion XRP for one month. In addition, the company provides its investors with a full report on the waste of these funds, which should inspire confidence in the integrity of RippleLabs.

Knowing Ripple’s node address allows you to transfer money almost instantly anywhere in the world, and the system’s fee is only 0.00001 XRP. This fee remains completely invisible to the network user and is only needed to prevent attackers from taking the system offline by constantly spamming transactions.

This fact makes the Ripple system deflationary, which should eventually have a positive effect on the value of the cryptocurrency.

Because of the large number of coins issued at the same time, the cost per XRP is very low. Therefore, the growth of Ripple is very sensitive to the success of the introduction of the system into the banking environment and the conclusion of new profitable contracts.

The addition of Ripple to cryptocurrency exchanges also has a positive effect on its value, for example, the news that Ripple will soon appear on the famous CoinBase trading platform was able to inflate the coin’s rate several times in just a couple of weeks.

Do Payday Loans Affect Your Credit Score?
What Makes the Best Installment Loan for Bad Credit?
How to Settle a Debt Collection Lawsuit
Paying Off Debt Vs Settling - Which is Better?