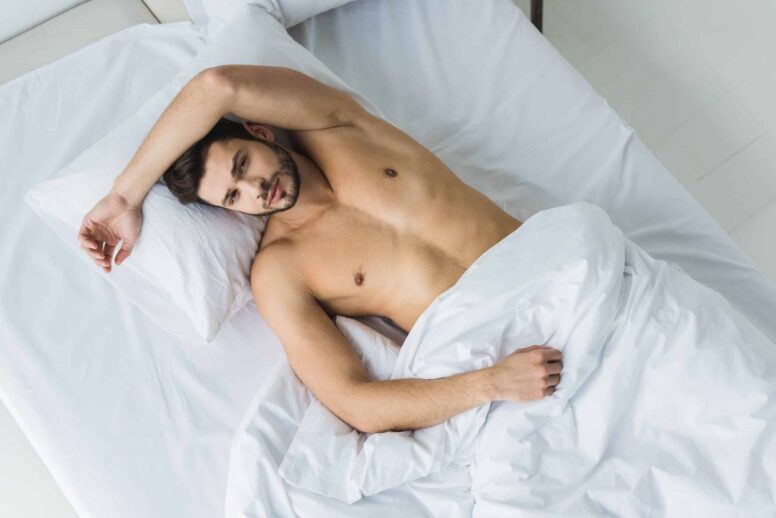 The best thing about sex toys, vibrators, sex dolls, and other sex tools is that you can use them in whatever way you seem fit. It’s your body, and it is up to you to treat your body in any way you seem fit. However, that doesn’t mean that there aren’t some things you probably shouldn’t do with your sex toys.

What we’re trying to say is – people make mistakes. And, when it comes to sex toys – it’s the men that are usually the ones making the mistakes. To be fair, men’s sex toys haven’t been popular for as nearly as long as women’s have – so we’ll give them a pass. But, what we’ll also give them is a heads-up so that they don’t end up repeating the same mistakes again.

On that note, here are some of the most common sex toy mistakes most men are making.

1. Not Washing The Toys Correctly

Proper maintenance, hygiene and storage of sex toys is essential for their longevity and “well-being”. But, more importantly, it’s essential for your health.

Unfortunately, not many men seem to realize this. Most men are taught from an early age that they should wash their genitals with warm water and nothing else. A gentle soap could come in handy once in a while, but most of the time – it’s just water.

Now, we’re not sure whether they think that this also applies to their sex toys, but according to some research, a lot of men don’t wash or store their sex toys properly. That’s a problem. We’re sure we don’t have to list all the potential health problems that could arise from this, so we’ll only say this – a urinary tract infection will probably be a minor issue.

2. Being Ashamed Of Them

While we couldn’t say that all, or even most men, take improper care of their sex toys, we do feel like it’s safe to say that most men are ashamed of their sex toys – whether it’s mini sex dolls or simple massagers that they’re using.

However, once again, we can’t really blame them. There’s still a stigma surrounding men and their use of sex toys. Therefore, most men aren’t comfortable talking about their toys – not even with their partners.

3. Not Taking The Time To Choose

The most common sex toy men purchase is a Fleshlight. Why? Well, because it looks like female genitalia, duh. For most men, that’s all they need to know about a sex toy. How it feels, how’s it made, is it safe – none of those things seem to matter to men, and that’s got to change.

Choosing the most popular or best-selling sex toy off of Amazon is not the way to go. If you were buying a sex doll, we hardly doubt that you’d just choose the best selling doll off of xndoll.com and buy that one. You’d take your time to pick the one that gets you excited the most.

Well, the same thing should be done with toys. Take your time. Explore your options. Do the research. Don’t just buy the one other men bought. Be yourself.

4. They Only Focus On The End Goal

So, if you do decide to get it, allow yourself to experience the full range of pleasure the toy offers. Don’t just focus on finishing. Think about the process, too.

5. Not Taking The Toys To Bed

We’re sure most men wouldn’t mind if their partner suggested they use a sex toy. As a matter of fact – they’d welcome the opportunity. However, most men are ashamed of their toys, which is why those toys almost never make it to the bed.

And that’s just wrong. If you’re into toys – incorporate them into your sex life. There’s nothing wrong with it, nor is there anything to be ashamed of. It’s just sex. Embrace it. We’re sure your partner will embrace it, too.

Obviously, sharing the toys is most definitely not something you should do, but that’s not what we’ve meant. What we’ve meant is that a vast majority of men don’t include their partners when they bring sex toys to bed.

There’s no toy in existence that can’t be shared. Even if you use a prostate massager – your partner can get in on the action, too. Also, some toys are meant to be used in pairs (or groups, whatever floats your boat), so not sharing them would not only be a waste of money, but it would also be rude to your partner.

Basically, what we’re trying to say is – don’t hog the toys and let your partner enjoy them with you.

7. Not Using Lube/Using The Wrong Kind Of Lube

Arguably the most common sex toy mistake men make is not using the lube or using the wrong kind.

Not using the lube can lead to several problems, including discomfort, tearing, irritation, and so on. And, using the wrong kind of lube destroys your toys – on top of the aforementioned things.

There you have it. Those are some of the most common sex toys mistakes men make. If you’ve recognized yourself in any of these – don’t despair. We all make mistakes. The only thing that matters now is that you know which mistakes to avoid.

Hopefully, we’ve been helpful. Take care and have fun.