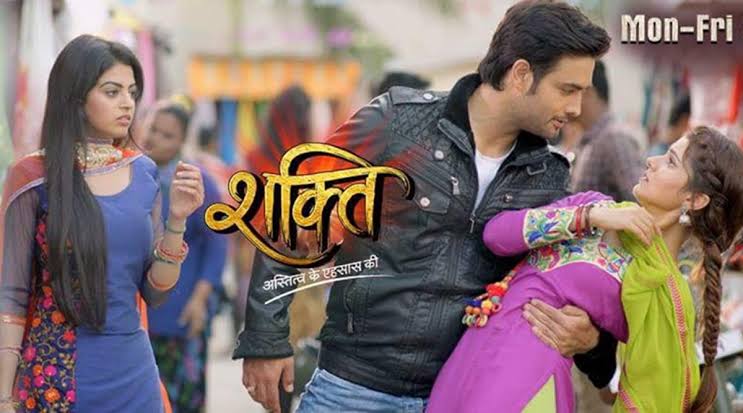 Preeto asking Virat why did he come here? Peon asks if he is fine. Virat says I had lost my balance and asks him to go. Rohan tells peon that they know him. Preeto asks what you are doing here? Harak Singh holds his collar and says you are the birth of a bad blood. He says first you kidnapped her and then tried to kill her. He asks what is Heer’s mistake if she is a kinnar. Preeto asks if he came to see if she died or not. Virat says Nutan had come to his house to ask him this question and tells that he didn’t do anything. He says he came here to see Heer as his bhabhi was doubting on him. He says someone was trying to take off her oxygen mask and tried to kill her. They all run to the ICU. Soham cries looking at Heer struggling with life and death. He sees straight lines on the ECG machine. Everyone comes there running. Preeto calls Heer and looks at her shockingly. Virat also comes there. They see oxygen mask on her nose. Heer opens her eyes and sees Virat. Preeto asks Rohan to call the doctor. She asks her to get up. Heer turns down her head. Doctor checks her and tells that she is out of danger now. He says but we have to keep her under observation for sometime. Virat looks at Heer. Tu hi mera Khuda plays…..

Virat is leaving. Preeto asks where are you going? Virat says he had come to see Heer and is now going home. Preeto says how to believe that you didn’t do this. Virat asks them to catch the real culprit and says he might be in the hospital. Preeto says if not you, then your family member might have done this. Virat says what are you saying? Harak Singh asks what you will lose, if it is proved that they are involved in this. Virat says my mother was telling my brother Daljeet to catch the culprit and you are accusing them. Preeto doubts on Parmeet and asks Virat to take them to his house, says we will make you see the truth. Harak Singh says they might be worried that their conspiracy are successful or not. Virat asks them to come. Shanno takes out white clothes for her and thinks she shall wear it for Heer’s death. She thinks she shall call Soham and confirm. Rohan sees Soham crying still and says you are hard from outside and soft from inside, like a coconut. He says I will tell Heer that her younger brother loves her a lot, you was crying for her here. He hugs him. Soham gets Shanno’s call. He thinks what to answer her. Rohan takes the call and talks to Shanno. He says there is a bad news, Heer is fine, but Soham is crying for Heer. He asks her to think that rough and tough Soham is crying like a child for Heer. Shanno gets furious and thinks he is also walking on Harak Singh’s footsteps. She thinks Soham can’t do anything and throws white clothes on the floor.

Daljeet tells Parmeet that Virat had come to hospital and saved Heer. Parmeet applies ointment to his hands. He says if he had not come, then Heer would have been dead by now. Sant Baksh says still she is in his mind. Harak Singh and Preeto sign Virat to knock on the door. Parmeet opens the door. Daljeet gives his laptop to Sant baksh and asks him to see. They act good. Virat tells Harak Singh and Preeto that even though his family is little friendly, but they will not take anyone’s life. He tells Sant Baksh that Harak Singh and Preeto are doubting them. Sant Baksh asks him to get Shanti Paath done and take care of Heer. Daljeet says we can file FIR if you want and will catch the masked man also. He asks them to have coffee. Preeto says we are fine and will leave. They leave. Parmeet recalls hearing car sound at the right time and thinks Heer is saved. Sant Baksh asks why did you go to hospital. Virat says if I had not gone to hospital that I would have got tagged of bad and betrayal man. He says your upbringing didn’t teach me this. He recalls fighting with the masked man to save Heer and washes his face in the bathroom. Tu hi mera khuda plays…..Gurwinder comes there. Virat says if you had not told me then today Heer would have….Gurwinder thanks him for going to hospital and to Heer. She goes. Virat thinks why is he feeling peace seeing her, thinks he hates her then why is he getting such feeling. He fights with his emotions.

Next morning, Jharna comes home and calls Virat. She wishes him good morning. Jharna finds his engagement ring missing and questions him. Virat says may be….Parmeet says may be he has kept somewhere and forgotten. Jharna asks him to wear his ring, says it is not good to take it off. He gets a call and attends it. Heer is on call and tells you are very careless Virat Singh. Jharna asks him to show his phone and takes his phone from his hand and puts on speaker. Heer says you doesn’t respect Jharna and your engagement, as whenever you come near me, you leave your engagement ring near me. She asks him to keep his emotions, relations and engagement safely. She says she is not at all happy that he came to see her in the hospital, but she is sad that he can’t reach his destination. She asks him to come and take his ring whenever he gets time. Jharna gets upset.