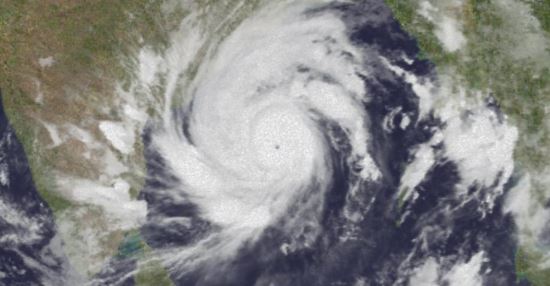 Live Updates: Rain lashes a few parts of Odisha as the super cyclone moves near to coasts.

IMD says, Cyclone Amphan has raised into a super cyclonic storm and is awaited to make landfall on May 20.

Cyclone Amphan is likely to de-intensify to a highly severe cyclonic storm when it does landfall. The wind speed during the landfall is expected to be 165-175 KMPH raising up to 195 kilometers per hour.

The BSF (Border Security Force) has moved its 3 floating border ships and 45 patrol boats deployed to guard the India-Bangladesh riverine front in the Sunderbans & Icchamati river in W.B. to safe anchorage in sense of the cyclonic storm ‘Amphan’, officers said.