Are you looking for funny or trippy shows to watch when you’re high? We’ve got a i49.net seed bank of TV series to grow your collection of stoner favorites.

Get the popcorn popping, grab a hot chocolate and a fatty. Here’s a list of TV shows perfect for your smoke and chill session: 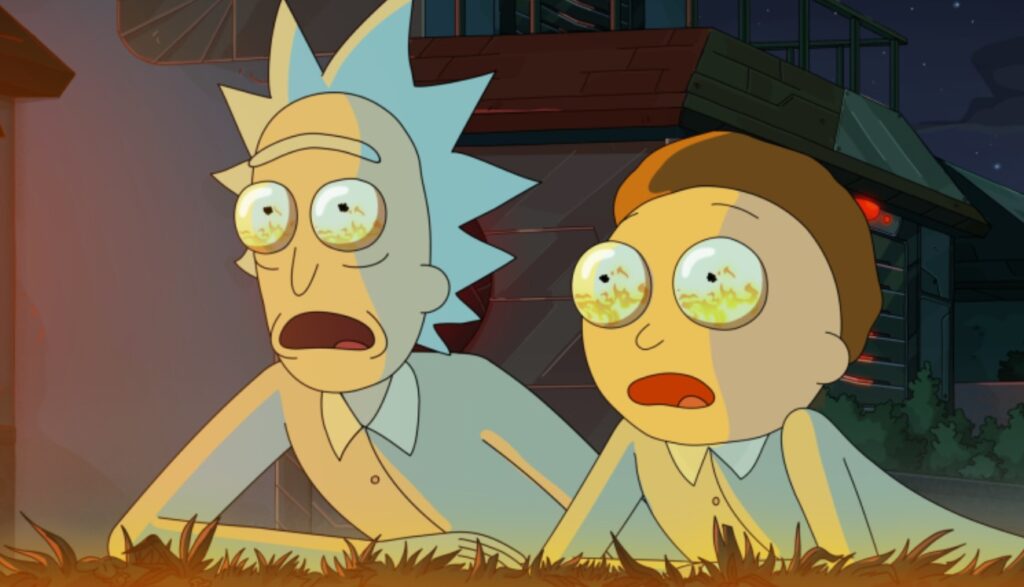 This nihilistic cartoon series has everything any toker could want:

Rick and Morty is one of those trippy shows to watch when you’re high. It takes your mind through a multiverse of adventures, deep thoughts, wacky experiments, and pee-your-pants humor.

Many sub-stories blow your mind with their hilarious antics and captivating ideas. “Pickle Rick” is one of the most popular episodes, and it’s a stoner must-watch.

In that plot, Rick turns himself into a pickle to avoid family therapy. Watching him having to survive as a gherkin for the day is one of the funniest things you’ll ever see.

If you’re the kind of person who watches documentaries and reads when stoned, you may not enjoy funny or trippy series.

Our Planet is a good TV show to watch while high if you want to use your deep focus abilities gained from smoking weed. It’s among the best educational Netflix shows and reveals the natural wonders of the world, including stunning wildlife.

“Forests” is one of the most enthralling episodes. It shows the interdependence between the various animals in that habitat, like bald eagles and Siberian tigers.

The cinematography draws you in as narrator David Attenborough captivates you with the stories of the creatures and their homes.

Do you have the munchies? Well, so does everyone on this show. In this cooking competition, chefs have to prepare cannabis-infused meals to wow a panel of guest judges.

The chefs tell you what kind of strains or potencies they’re using. During different courses they also reveal their strategies for using high- THC or CBD cultivars.

It’s one of the best shows when you’re high because you learn about marijuana cultivars and how to infuse foods. Who knows? You may even feel inspired to make edibles after watching.

One of the best dishes was Chef Matthew Chase’s five-cheese macaroni. He made it with cauliflower and added a creative apple garnish. It also featured the popular sativa-dominant strain, Blue Dream.

Join Ricky, Julian, and Bubbles in Sunnyvale Trailer Park as they get up to all sorts of mischievous adventures.

Trailer Park Boys is one of the best TV shows to watch stoned. The characters are regular tokers, and the actors themselves are weed lovers.

Actor John Paul Tremblay who plays Julian, claims to have come up with many of the pot-smoking ideas in the script.

One of the funniest episodes is “If You Love Something, Set It Free,” where Bubbles bonds with a mountain lion. He lures it in with weed, and it ends up stealing his heart and copious amounts of herb.

This binge-worthy series is one of the best TV shows when you’re high. It has loveable characters, intriguing storylines and breaks stereotypes about weed use.

There’s a ‘Strain Of The Day’ segment in each episode. You won’t just laugh; you’ll discover more about cannabis, including its medicinal applications.

One of the best episodes is “Olivias Sh*tballs,” where they make edibles using Olivias’ granny’s recipe for a peculiar-looking treat.

6. Tidying Up With Marie Kondo

Cleaning can be therapeutic tune in to Tidying Up With Marie Kondo and get the catharsis you need without getting up to find the broom.

Marie Kondo is the author of The Life-Changing Magic of Tidying Up and Spark Joy. Her techniques have helped many find calm in their living spaces.

This pick is one of those wholesome good shows to watch when you’re high. In this series, Marie implements the methods in her book to help people clean and organize their spaces.

“Sparking Joy After a Loss” is a heartwarming episode that’ll give you all the feels. A grieving widow uses cleaning and makes a memory box to deal with the loss.

Satisfy your stoner funny bone with this adult-animated sitcom that’ll have you laughing your pants off. It stars comedic legends Maya Rudolph, Nick Kroll, John Mulaney, and Jordan Peele.

These quirky teen characters are finding themselves and going through that awkward puberty stage, and it’s goddam hysterical. There are also a few funny musical numbers like “The Florida Song.”

It revolves around Andrew, the protagonist trying to make it through high school with his lustful puberty monster. Together his friends and him (who all have puberty monsters, too) experiment with some cringe-worthy sexual encounters.

“Drug Buddies” is a crazy Big Mouth episode. Jessi convinces Nick to try marijuana. Like most of our first times, it was a bad trip but a hilarious one to watch.

Now you know a wide variety of top shows to watch stoned, from comedy to cooking and documentary series. We also mentioned the popular episodes from each one, so you don’t have to spend time searching for the funniest or most interesting sub-stories.

Hopefully, you’ve discovered your top pick and are now sinking into your couch with some snacks and some good weed.