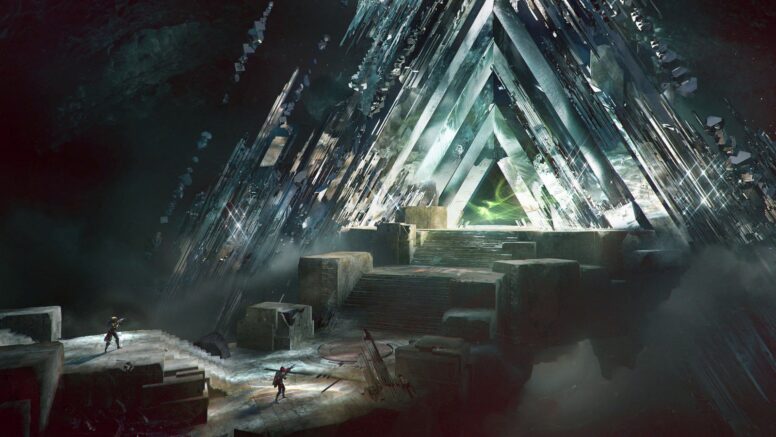 On May 22nd, the Vault of Glass – which was the first raid ever in the Destiny franchise – has made its return in Destiny 2 and with its release, you’ll be able to battle Atheon once again! Like most of the raids, Destiny 2 VoG will also feature the Content Mode active, meaning that the difficulty will be higher.

This is why you might be wondering – are there some tips and tricks that could help me get prepared for playing Destiny 2 VoG Raid? Luckily for all gamers out there, the article below could help you. So, without further ado, let’s take a closer look at the list of things you should do:

1. Combat Style Mods Are a Must

You probably know this, but since there might be new players out there, it’s worth mentioning – Combat Style mods are the fourth mod column on the armor you have. They revolve around one of the 3 mechanics – Warmind Cells, Charged with Light, or Elemental Wells. All of them are quite strong and there are a few that you should definitely choose to try including:

– Protective Light – which is a part of the Charged with Light mechanic, and it’ll grant you 50 percent of damage resistance when your shield breaks,

– Global Reach – which is a part of the Warmind Cells, and it’ll create a powerful effect that will damage enemies located further away from you,

– Well of Life – which is a part of Elemental Wells and by grabbing it, it’ll grant you health regeneration that will last for approximately 10 seconds.

2. Ensure That Your Team is Ready

Your team must be ready for the raid and more importantly, you must ensure that you communicate well throughout the raid in order for it to be successful. If you don’t have friends that play the game, you can always join a clan or browse for websites that’ll allow you to find a team and schedule a raid.

3. You Must Have a Good Sniper Rifle

No matter if you’re aiming to get the D2 VoG emblem or if you simply want to pass the mode, you must ensure that you have a good sniper rifle. After all, Hobgoblins and Oracles will be a nightmare to eliminate throughout the game, and having a good and reliable sniper will help you eliminate them from a distance.

Some of the options you can choose from including Ling Shadow and Succession – both Kinetic – as well as Ikelos, which can be found in the Legendary Engrams. You could also try to use some Exotic sniper riffles – Izanagi’s burden or Cloudstrike – however, they are a bit more difficult to obtain.

Another option that could help you with playing the Destiny 2 VoG Raid is to utilize boosts! Vault of Glass Carry packages such as the ones featured on boosthive.eu can help you with a wide range of things including Powerleveling and PvE packages, hence, you might want to consider using them while playing the game.

As we mentioned at the beginning of our article, VoG isn’t really a new raid, which means that the first one was released for Destiny 1. If you have the first part of the franchise, it might be a good idea to run through it again, mostly because you’ll understand the entire mechanics of the raid. This combined with the Vault of Glass boost can help you with passing Destiny 2.

Keep in mind, there will be changes in D2, however, the developers behind the game have already stated that the raid will be mostly the same. Of course, you should get ready for more enemies, a couple of new mechanics, as well as Champions, but generally speaking, it’ll remain the same as it was 7 years ago.

The Paradome Cube Artifact will feature some of the most powerful mods in the history of the franchise. The last column is what you must concentrate on obtaining, mostly because every single mod from it can be compared with an Exotic – when it comes to the strength. There are 2 specific mods that a lot of gamers recommend, including:

– Warmind’s Decree – which is extremely strong when coupled with Graviton Lance, Fighting Lion, Telesto, or any other Void weapon that can deal AoE damage. If you choose to couple it with Global Reach, you’ll see some truly devastating effects on your enemies.

– Breach & Clear – is a strong debuff that can match the strength of Divinity. Anarchy is quite suitable with this mod, mostly because it’ll deal passive damage while debuffing enemies. If you’re a Grenade Launcher, using this mod will allow you to fill the same role as Divinity would.

Before you start the game, there are a few Exotic Catalysts that you’ll want to complete, especially since they can entirely change the characteristics of some weapons. Hence, you might want to complete the following:

– Trinity Ghoul: by killing a rival with Trinity Ghoul, you’ll reactivate the Lighting Rod, which will in return give this weapon S-tier clearing potential.

– Deathbringer: which is a new catalyst and by using it, it’ll cut the time it takes for the Dark Descent in half. Basically speaking, it can be fired much lower, while keeping its optimal damage.

– Witherhoard: this will allow the weapon to have an auto-loading holster that will be quite beneficial throughout the game.

Vault of Glass is a raid that is a bit more daunting and difficult to pass. However, if you choose to follow most of the tips and tricks we mentioned in our list above, you’ll make the entire gaming experience better, and more importantly, you can ensure that you get prepared for the raid.

So, now that you’re aware of all the things that you should do, you might not want to lose any more of your free time. Instead, if you don’t have a team ready, you should open up your browser and start looking for a website that’ll help you gather a team and schedule a raid!