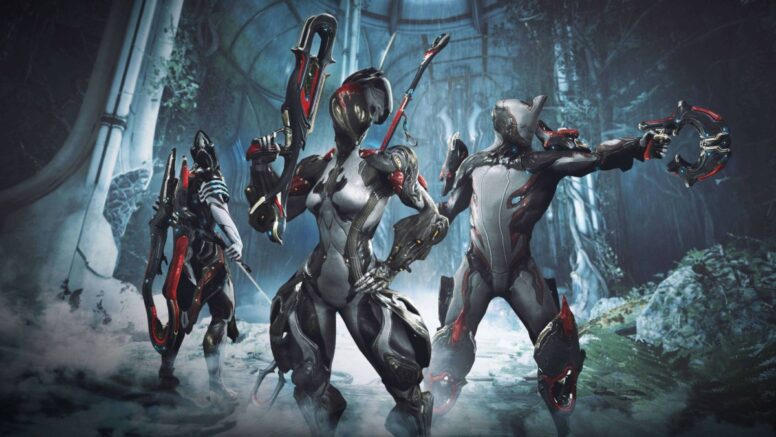 Most gaming lovers must be aware of the universal strategic planning game, the “warframe” available for Windows, Xbox, and even PlayStation 4. The concept of the game, uniquely designed characters, graphics and all the other game features has made users play this game again and again.

From the start, the company has provided the players with some unique features that have attracted them in all aspects. Most of the strategic planning games are designed in such a way to engage players in the gaming zone without making them bored.

Sometimes, special events and community games in warframe have made players engage in all the activities.

Moreover, some tips and tricks can also be learned through the community of warframe. Most of the missions in warframe might be tough for novice players, and expert advice is mandatory to clear these missions.

Some website guides might help you level up the missions but finding some pro tips for the overall progress might be daunting. To make the process simple, we have mentioned some pro tips and tricks on warframe that can help people clear all the missions with ease. Click here to find some ideas on choosing the right strategy in warframe.

5 Essential Tips And Tricks For New Players In Warframe

Loot is an important factor that plays a vital role in purchasing products and achieving greater heights in-game.

Looting some items can even provide users with some affinity. The game is filled with loot everywhere, so never forget to smash those items to achieve huge loot in a single run. Some players will concentrate only on missions and leave all the loot without picking them.

This might sound good for the player at that moment, but soon after some time, the same players will realize that the loot is important to purchase a lot of gadgets from stores. Even a small piece of loot, credit, or even the items that people pick will be useful in some situations. So never ever complete a warframe mission without collecting the loot.

However, attacking helps in clearing the missions; it is essential to learn some jumping strategies to attack efficiently. Some attacks can be made by using some special jumps, and one such movement is named bullet jump.

As the complete game is dependent on movements, it is a must to learn this basic step as it helps players to move faster than sprinting. These actions can be performed by pressing three keys alternatively. First, a player should move aside and then crouching will be essential to complete half the procedure.

After pressing these two buttons, players should press the jump key to complete the action. Bullet actions will make the game character reach the opposite end effectively and quickly. Remapping the crouch key might help players perform this action without any problem. This is one of the important steps to save players in critical situations.

Every player will be pulled into an open world of warframe, and this open world is called the plains of the eidolon.

This open world is like an open market where players from high ranks compete. So that zone is not developed for newcomers, and at first, the developers just launched this game without including this open-world setup. At first, players can explore this world to know some basic things, and soon after that, anyone can easily get into the game and clear this mission after getting used to the game.

Another important thing is the second open-world, and this can be achieved by getting into the Fortuna on venus. So surprisingly, these two worlds make the game more interesting after clearing several missions. Sometimes players might feel bored, and at that time, these special worlds act as a mood enhancer as it has some interesting missions.

One of the important concepts in the warframe is mastery rank. This mastery rank determines the complete game as some impressive weapons and other items that help players in clearing missions can be obtained by reaching the mastery rank in the game. Moreover, the game can be taken to the next level by upgrading or building weapons and companions. This can be an added advantage for many people as each level gained by a new weapon will allow players to have 100 mastery points.

Players should make sure to build as much as stuff they can as there are possibilities for achieving higher mastery points. Once the weapons that you build have reached level 30, delete them from the inventory or boxes in which the weapons are stored. These weapons can even be sold to increase the game’s level and achieve high-affinity points.

Mods are the one that makes the game more attractive and interesting; without having various mods, players cannot feel the toughness which will eventually make the game worse. But warframe has provided their users with various mods, and these mods can be combined to make them look more attractive. Some mods are created to combine, and hence these mods can have better effects than normal mods. For instance, corrosive attacks can be obtained by combining electric and toxin mods. Likewise, each mod has different damage effects when they are combined together.

Warframe will be one of the best games if players prefer to follow the steps mentioned above, but one should make sure to choose the right strategy, and this strategy will allow people to pass through the gaming levels without any issues. Most of the games are filled with mysteries, and warframe is one among them as the player cannot predict the next move. Consistent practice and strategic thinking might help players in clearing all the missions.