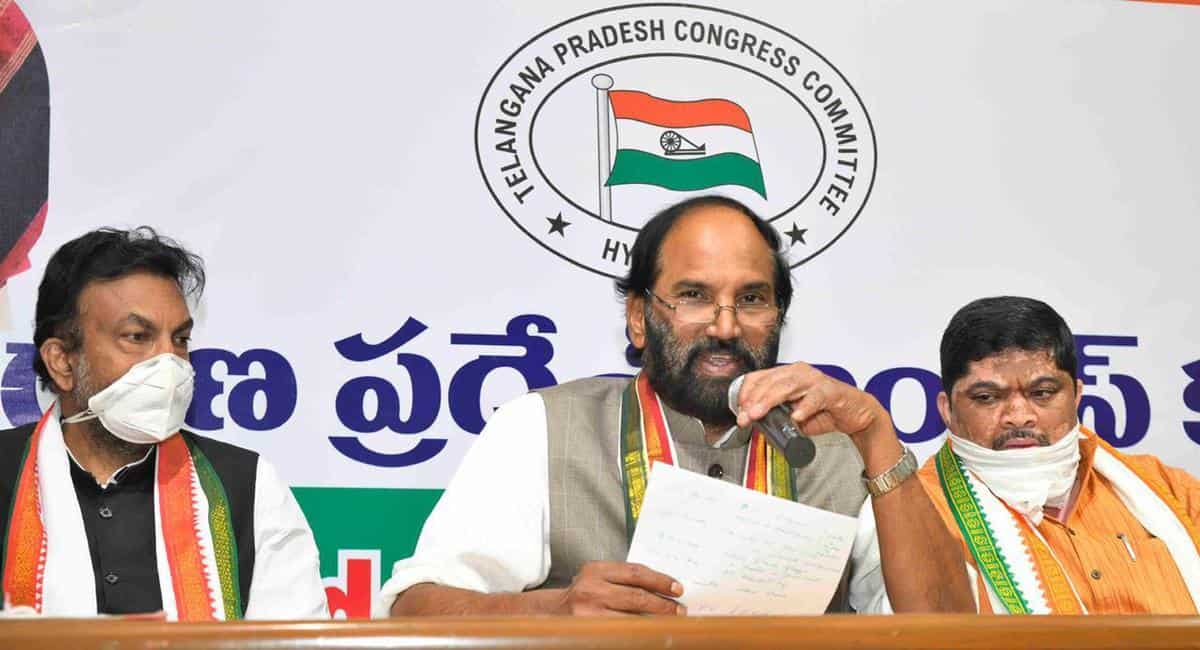 Hyderabad(Hyd): Telangana (TL) Pradesh Congress Committee (TPCC) President & Nalgonda MP N Uttam Kumar Reddy stated that the people resentment towards the State govt has been on the raise & citizens have been as of now looking in the Congress as their own saviour.

He also inquired the cadre to strengthen the party in grassroot level & target on people problems.

“The party’s foundation has been intact in the grassroot level & it needs to be strengthened furthermore by assuring proper organisation. There have been multiple factors accountable for the Congress party’s defeat in 2014 & 2018 elections & they must be held in mind awhile getting ready for the next elections,” stated Uttam Kumar Reddy solving the Dist. Congress Committee (DCC) presidents in Gandhi Bhavan on Sun..

“Citizens aren’t happy with the performance of the State govt. Corruption is in its peak in all branches & common citizens are being subjected to massive inconvenience because of lack of accountability amongst chiefs of the governing party,” he stated, adding that the State govt had lost its direction with absolutely no curb over administration.

“Common citizens have no easy accessibility to Ministers (or) heads of different branches within the crunch of a Secretariat. Thus, citizens of Telangana (TL) are witnessing a new kinda governance where they’ve no right to even express their own grievances,” he stated.

He inquired the DCC presidents to identify important regional problems concerning common citizens in their own respective dists & fight for justice.