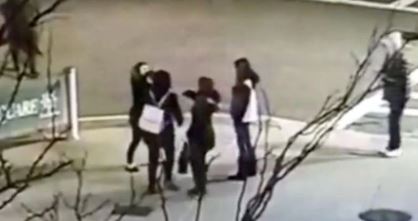 Felony charges filed against two women accused of attack in a Boston area where over fifty percent of the residents are Latino.

The mother and daughter spoke Spanish while walking home from dinner at a Boston neighborhood where over fifty percent of those residents are Latino, and over half were born in another nation.

Unexpectedly, two girls attacked them on the street — biting, kicking and punching them, according to the mom and prosecutors.

The girls cried: “This is America! Talk English!” According to the mom, who asked to be identified only as Ms. Vasquez to guard the identity of her daughter, who is 15, and to prevent her from being harassed.

On Thursday, prosecutors filed felony hate-crime charges against the two girls — Jenny Leigh Ennamorati and Stephanie M. Armstrong, both 25 and the two of Revere, Mass. — in connection with the Feb. 15 assault in East Boston.