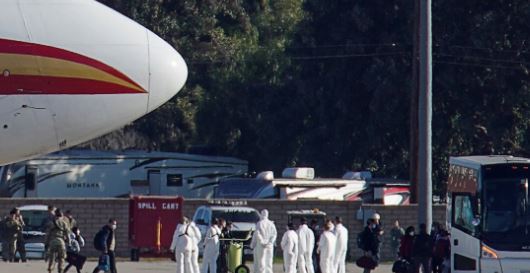 Officials in the Department of Health and Human Services delivered over a dozen employees to get the very first Americans evacuated from Wuhan, China, the epicenter of the coronavirus outbreak, without appropriate instruction for disease control or proper protective equipment, according to a whistleblower complaint.

The employees didn’t show symptoms of the disease and weren’t examined for the virus,” according to attorneys for the whistleblower, a senior HHS official established in Washington who manages employees in the Administration for Children and Families, a device in HHS.

The whistleblower is seeking security, alleging she had been reassigned after increasing concerns about the protection of the employees such as those inside the workplace of Human and Health Services Secretary Alex Azar. She had been advised Feb. 19 that when she doesn’t take the new place in 15 days, that will be March 5, she’d be terminated.

The whistleblower obtained two HHS department awards out of Azar has years of expertise in the area and has gotten the maximum performance tests, her attorneys said.