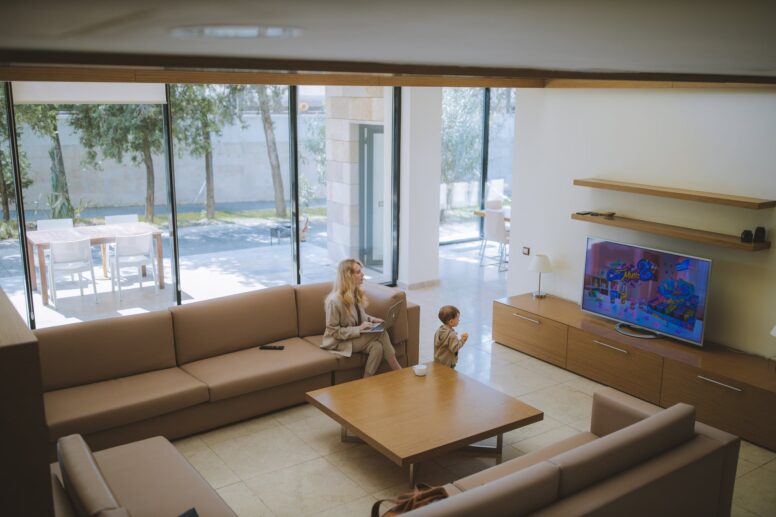 It is often said that the more things change, the more they stay the same. While this holds true in many aspects of society, it’s not quite the same for education. The things we teach, and the way we teach them, constantly fluctuates according to changes in both technology and culture. That said, television is hardly a new technology, and it has been used in education before: even so, whether it is worth it is constantly raised, prompting changes to its usage in education.

There’s no objective assertion that can be made whether television in teaching is good or bad. However, arguments can be made for both sides, meaning the concept has both advantages and disadvantages, many of which we’ll cover here.

Before we can even discuss the pros and cons of television and teaching, we need to zero in on what that definition of teaching is. Are we limiting our thoughts to the traditional classroom, where a sole teacher instructs many students? Or are we considering education that is completely removed from a school administration as well?

After all, there is a great deal of media on television that is dedicated to teaching and learning. Most shows designed for young children are in fact educational in nature, and even beyond that, there are many shows that teach valuable lessons about history, social studies, science, and much more. However, that is all removed from the traditional school setting and the profession of education. Should this be considered “television in teaching?” We believe so, which is why we’ll be dedicating a fair deal of time to the pros and cons of television in this scenario as well.

For now, though, let’s focus on the traditional classroom.

Television in the Classroom

Essay writer Charles Ross from AffordablePapers once said that “the value of technology in the classroom is determined by how it is used, rather than if it is used at all.”

What that means is that television in the classroom is not inherently good or bad at the core. It’s how it is used within the classroom that determines whether it is beneficial to the teaching process.

It can be used effectively, but can also become a detriment depending on how it is implemented.

For instance, schools have been playing movies for students in classrooms, generally to provide them with a gripping or interesting means of learning about science or history. Movies and television can be a great way to present an otherwise tedious topic in an interesting manner, motivating students to learn about it.

At the same time, if a teacher were to only use movies to teach, or only played movies to keep students entertained rather than teaching them, a television in the classroom would then become a detriment, rather than a boon.

This is precisely why television could be used as a valuable tool in education, provided it is used in conjunction with other teaching methods. Relying on it to take over the job of the teacher, on the other hand, is going to cause problems more than anything else.

Some studies show that educational video is an excellent means of reinforcing a knowledge base, promoting student interest and engagement, and embraces a wider scope of learning styles than traditional teaching. Of course, that’s only when it’s used in conjunction with other methods, and it’s always based on whether relevant material is being shown.

Educational Television Outside of School

Television is a major part of everyday life for most of the world at this point. A lot of people believe that watching TV is always a waste of time, but as mentioned previously, there is a great deal of educational content available to the masses. Some channels are entirely dedicated to teaching and learning.

This is not limited to the age of the viewer, either. Many shows for young children, such as Sesame Street, teach both practical and ethical lessons that will help children perform better in early school grades. For older individuals, documentaries and similar shows offer valuable knowledge about a diverse array of topics. There are studies to support this as well.

All of that said, it’s difficult to deny that there is value in educational television outside the classroom, simply based on the potential for learning on an individual’s own time. This is especially true for adults, who generally no longer go to school in order to learn.

Of course, that is all predicated on the notion that people are spending their time with television watching educational content. There is just as much frivolous content (not that there’s anything inherently wrong with that) available as there is educational material, so the potential of TV to teach people on their own time is entirely dependent on what they choose to watch.
Recap

TV offers both educational pros and cons in the classroom and outside it. In the classroom, it can be used to create interest in otherwise tedious topics or provide another means of learning for different learning styles that fall outside traditional teaching methods. At the same time, relying too heavily on educational television, as opposed to using it as a supplemental teaching method, detracts from the overall learning environment and teacher-student interactivity.

All in all, this leads to one conclusion: television is not inherently a beneficial or detrimental addition to education, regardless of the environment. It is how television is used in those teaching environments that determine whether they bring value to education or not.