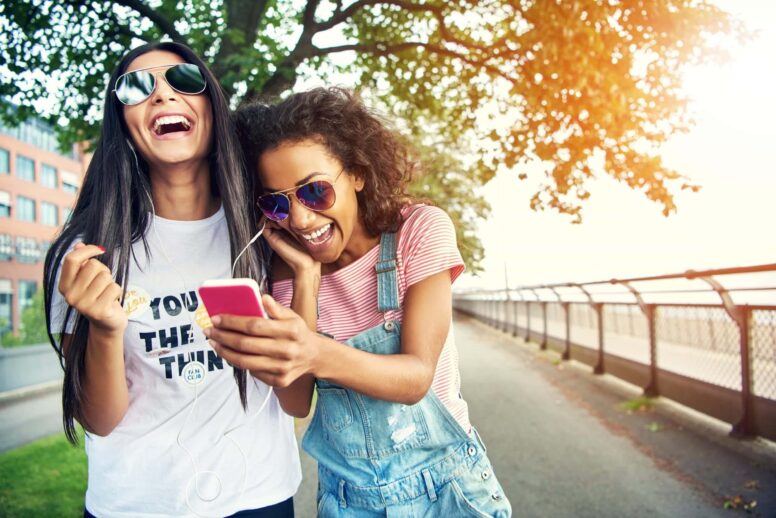 Are you constantly annoyed by the ads on YouTube? Well, we’re going to go out on a limb and assume that you are because we, and everyone else we know, also is. While it would be easy to just pay up and subscribe to YouTube Premium and get rid of all the ads, it just does not make sense to pay $15 a month for a platform you use to watch funny videos, right?

If you agree with us on that one, we might have a solution for you. We have thought about this long and hard, and we have decided to go out and try and find a good YouTube alternative for watching funny videos. Now, we are not saying you are going to get an ad-free experience with all of these, but it will not be as nearly as annoying as it is on our beloved YouTube. So, without further ado – let’s meet our contestants!

As you could probably guess, our first alternative pick is none other than DailyMotion. DailyMotion has been around for quite some time now, and for a while, it enjoyed a pretty similar level of popularity as YouTube, but then, it kind of fell of the radar.

Be that as it may, DailyMotion is still one of the most commonly used alternative platforms when it comes to streaming videos. To be fair, it is not one of the most – it is the number one alternative option. All in all, DailyMotion has everything YouTube has to offer, music, videos, playlists, accounts, etc. Of course, there are funny videos on D-Motion, as well. And dare we say, the videos on DailyMotion are far more comical than the ones on YouTube, probably because the platform is not as strictly regulated as YouTube is.

If you were to ask someone what is the best place on the internet to watch cats and dogs do funny stuff – they would probably say Vimeo. Vimeo is also one of the old heads in the video-streaming world. It has been around for quite some time and is arguably YouTube’s number one competitor in the streaming world.

Now, what makes Vimeo better than YT, is the fact that Vimeo is the creators’ mecca. Everyone that has something funny or exciting to post – they do it on Vimeo. To be fair, if you are a free user, you can only upload 500 MB of content, but that just makes the content so much better, right? All in all, this is a great site to visit if you want to relax and watch some funny videos.

Next up on our list – we have GoogleTune. Don’t be fooled by the name; this is not another video streaming platform from Google – it just sounds like it. GoogleTune is a great alternative option for all those people that like to enjoy their content in peace. Whether you want to find the trailer for the next blockbuster or you just want to sit down and unwind watching some fun stuff – Googletune.com has got you covered.

At first glance, you will notice a lot of similarities between GoogleTune and the big-bad Tube, but that is just how video streaming platforms look, so it’s primarily aesthetics that are similar. However, you won’t get bothered by ads, which is very important, so it is safe to say that the similarities end with just the looks.

If you enjoy a short, action-packed funny clip, then Metacafe is the right choice for you. Metacafe was in the game before YouTube even existed. They have been offering 90-second long videos for almost 20 years now, and it doesn’t look like they are going to stop any time soon.

If humor is what you’re looking for, then you should really look no further. Metacafe is humor paradise. On the other hand, you won’t get to enjoy a lot of different content on here, but if you’re in it just for gags – you will enjoy every second of it.

In the era of decentralized finance, it was only a matter of time before we saw a decentralized video streaming platform, and that’s precisely what DTube is. All of DTube resides on the blockchain, just like Bitcoin, which means all of the content is extremely secure, and most importantly – there are no ads, nor there ever will be.

As far as interface and aesthetics are concerned, DTube is as similar as it gets to YT, so even if you’re a die-hard YT enthusiast, you will find DTube easily enjoyable. The platform is pretty open, so you will be able to find pretty much anything you’re looking for. Also, it is controlled and monitored by the community of the site, so if someone tries to upload something wrong or distasteful – it’ll get removed right away. All in all, if you like privacy and an ad-free experience – try out DTube.

If you’re younger than 20, you probably don’t even remember the 9GAG from its glory days. Back when memes were badly drawn and in black in white, 9GAG was the place to be. Everyone and their grandma were on 9GAG. However, slowly but surely, 9GAG lost its popularity. However, it still remained quite relevant in the meme community.

A while ago, 9GAG TV was started, and nowadays, instead of combing through pages and pages of still images and GIFs, you can now enjoy a barrage of hilarious videos from every category known to man. Now, we do have to warn you, though – it is very likely that you’ll spend hours upon hours on 9GAG TV before you even notice that it is already morning and you should probably go to sleep.

All in all, if funny is what you’re looking for – you’ll find it here, and you’ll find lots of it.

There you have it, the top 6 destinations for enjoying funny videos on the internet that are not called YouTube. Naturally, there are many other alternative websites when it comes to consuming videos, but when it comes to funny – these are the ones you want to check out.